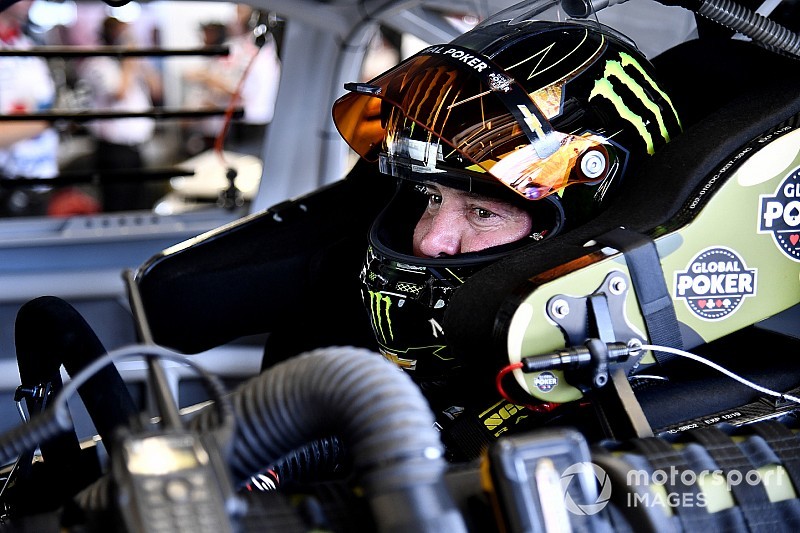 Kurt Busch rocketed to the top of the speed chart in the final minutes to top Friday’s first NASCAR Cup Series practice.

In the final three minutes of the 50-minute session, Busch posted an average lap speed of 183.742 mph as several teams elected to make mock qualifying runs.

Aric Almirola ended up second (183.542 mph) and his Stewart-Haas Racing teammate Daniel Suarez was third (183.101 mph). Jimmie Johnson and Kyle Busch – who has won races in four different series at the track – completed the top-five.

In eight career Cup starts at Kentucky, Kurt Busch’s best finish was fourth in 2016. In his most recent outing last year, he ended up sixth after leading the second-most laps (45) in the race.

All four SHR cars ended up in the top-10 as well as both Chip Ganassi Racing teams.