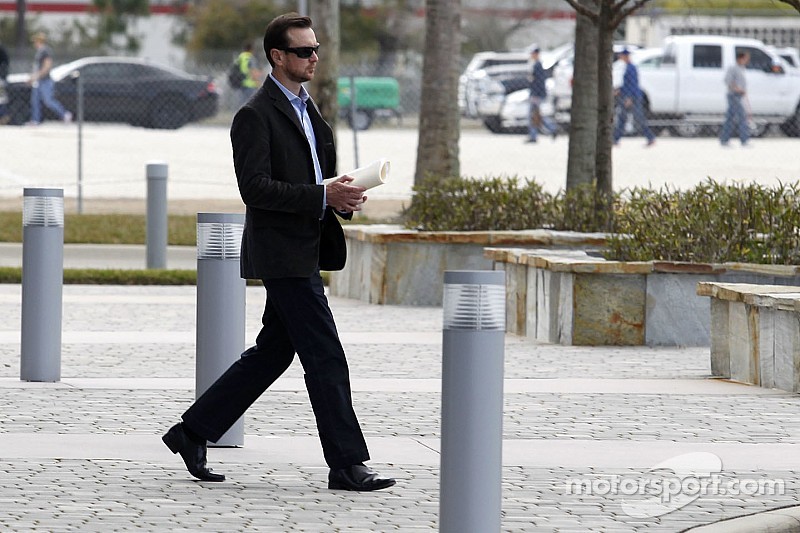 Kurt Busch's appeal was denied by a panel of three today, upholding his indefinite suspension from NASCAR.

Busch was indefinitely suspended from competition on Friday following the release of the supplemental disposition setting for the findings that formed the basis for the Family Court of the State of Delaware's decision to grant an Order of Protection from Abuse against him last Monday.

The three-person panel was made up of Kevin Whitaker, Lyn St. James and Paul Brooks.

Busch and the aforementioned panel met for three hours before the appeal came to an end with NASCAR releasing the verdict half an hour later.

The 36-year-old Las Vegas native has requested a final appeal, which will be heard tonight by Final Appellate Officer, Bryan Moss.

A release from NASCAR read, "The National Motorsports Appeals Panel today heard and considered the appeal of driver Kurt Busch.

The penalty stems from activities last year involving Kurt Busch that resulted in a decision by the Family Court of the State of Delaware to issue an Order of Protection of Abuse against him.

The penalty is an indefinite suspension. The Appellant appealed both penalties."

"We are very disappointed that our appeal was rejected by NASCAR's appeal panel. We are re-appealing immediately, per the proscribed process. We have significant and strong evidence that contradicts the Commissioner’s conclusions. In the end we are confident that Kurt will be vindicated and he will be back racing. Until then we will continue to fight on his behalf by ensuring that the entire truth is known."

Matt Crafton will sub for Kyle Busch in the Daytona 500