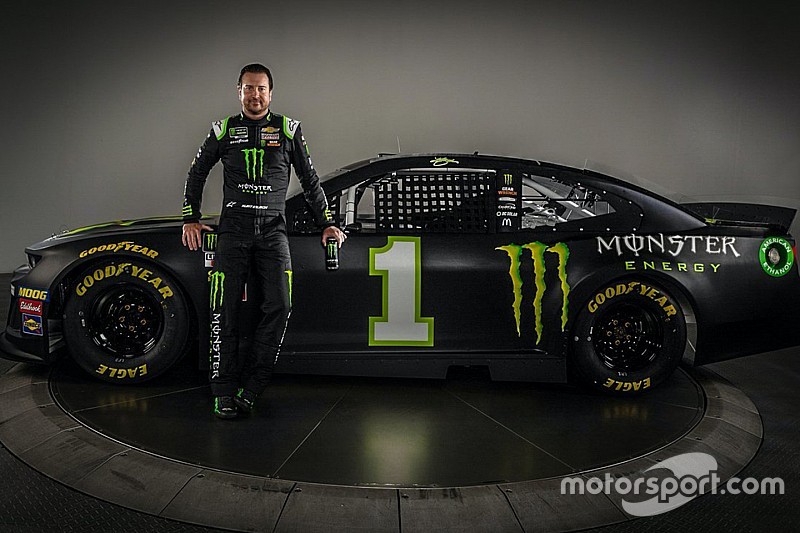 Busch, the 2004 Monster Energy NASCAR Cup Series champion, will join Chip Ganassi for the 2019 season, driving the No. 1 Chevrolet, replacing veteran Jamie McMurray. Also moving with Busch is his sponsorship from Monster Energy.

“We have had the good fortune of having a lot of great drivers here at Chip Ganassi Racing across all forms of racing and Kurt Busch adds to that list of great drivers," said team owner Chip Ganassi. "He is a former NASCAR Cup Series champion and Daytona 500 winner and I believe still has a burning desire to win races and compete for a championship. In addition, getting to work with and represent a brand like Monster Energy makes it even that much more exciting.”

Busch’s departure from SHR (along with his sponsor) and move to Ganassi was first reported by Motorsport.com in August.

In five seasons driving the No. 41 Ford for SHR, Busch won six races – at least one each year, including the 2017 Daytona 500. His best series standings finish at SHR was seventh, both in 2016 and this past season.

During his Cup career, Busch has driven for some of NASCAR’s top organizations – Roush Fenway Racing, Team Penske and SHR. He also has five career wins in the Xfinity Series and four in Trucks.

“I am tremendously proud to be joining Chip Ganassi Racing and the prestigious group of alumni," said Busch of the move. "Along with Monster Energy, winning races and competing at the highest level, it’s what we are all about. Ganassi’s forward thinking approach is why I have decided to commit all my years of Monster Energy Cup experience to CGR. Let’s win, let’s have fun!"

Obaika Racing to compete fulltime in NASCAR Cup Series in 2019