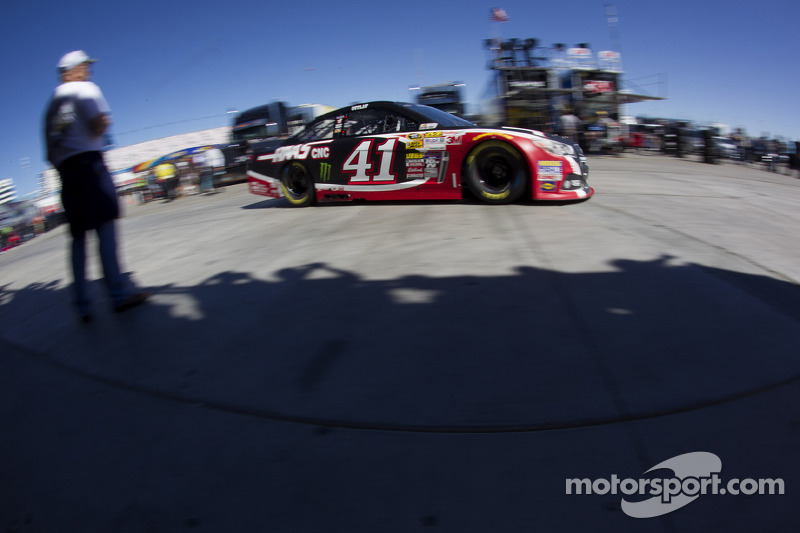 Kurt Busch, the 2004 NASCAR Sprint Cup Series champion and driver of the No. 41 Haas Automation Chevrolet SS for Stewart-Haas Racing (SHR), had Sunday’s Food City 500 Sprint Cup Series race circled on his calendar even before the 2014 season started.

Busch has a history of success at Bristol (Tenn.) Motor Speedway, starting with his first-career Sprint Cup win in the Food City 500 in March 2002. The win came in only his third start at Bristol, making him the driver with the fewest starts at Bristol ever to record his first win. 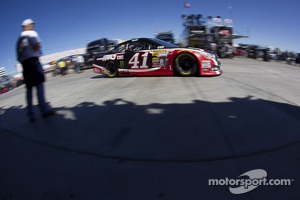 But Busch didn’t stop there. He went on to win in three of his next four visits to Thunder Valley by sweeping both the March and August Sprint Cup races in 2003 and winning again in March 2004. His most recent win at Bristol came in March 2006.

Busch is one of four drivers to win three consecutive races at the half-mile, high-banked oval. Fred Lorenzen was the first, winning the fall race in 1963 and following that up with a season sweep in 1964. Cale Yarborough is the second driver to record three straight wins – and he added a fourth for good measure – sweeping both the 1976 and 1977 seasons. Darrell Waltrip became the third to win three or more races in a row when he reeled off seven straight wins by sweeping the 1981, 1982 and 1983 seasons, as well as the spring race in 1984.

When Busch straps into the No. 41 Haas Automation Chevrolet Sunday afternoon for this year’s Food City 500, he will attempt to record his sixth win and take the lead among active drivers at Bristol.

Busch is set to make his 475th career Sprint Cup Series start, the fourth for his new team at SHR in the No. 41 Haas Automation Chevrolet.

Haas Automation has served as a primary sponsor in the Sprint Cup Series for 11 different drivers and 112 races since 2002. When Busch takes the green flag in Sunday’s Food City 500, he will also be attempting to make his first visit to victory lane since his last Sprint Cup win in October 2011 at Dover (Del.) International Speedway.

KURT BUSCH, Driver of the No. 41 HAAS Automation Chevrolet SS for Stewart-Haas Racing:

What did it mean to record your first Sprint Cup Series win at Bristol Motor Speedway?

“Winning at the Sprint Cup level is a moment that gives you this sense of, ‘I’ve made it – I’ve reached the pinnacle of winning at the toughest level of motorsports.’ To register a win at the Cup level gives you the satisfaction of knowing that I’m going to be able to make it here. It’s pure joy. It’s not a relief or a moment of thinking, ‘Wow, I just got that first one.’ It’s overwhelming with emotions, joy and almost a moment of remembering quickly all of the people who helped you get to that point.”

Given your history at Bristol, is it a race that you circle on your calendar?

“We’ve had Bristol circled as a place that we want to do well since before the season started. I’ve won there five times – four times in the spring – and we’d love to do that again this weekend. I always look at Bristol as a place that I need to perform to the level I know that I’m capable and this weekend is no different.”

What is it about Bristol that suits your driving style?

“It’s a track that you have to be confident enough to attack and not be afraid of it. The track, to me though, when I make changes on the car – really the car tells me what to do at Bristol, more so then it does at a lot of other tracks. The car speaks to me at Bristol and tells me what it needs, then we go make the changes. When we make changes to the car at Bristol, typically they are all good ones.”

What have you learned from your past experience at Bristol that helps you still today?

“Bristol is one of those tracks that, when you hit the right setup, it will work for a little while. Some tracks, when you hit the setup, you only get the one win out of it. So, Bristol to me is all about how you get the car to carve through turn four. When you are good in turn four, then the exit of turn two should take care of itself. When I won my first Cup race there, I remember Jack Roush saying to me after practice on Friday that my car looked really good coming out of turn four.”

What is different since the repave a couple years ago?

“Bristol isn’t that mean, tough and ugly track that it once was. It’s a very generous track now and doesn’t have the sharp banking transitions. It seems like the outside groove is the preferred groove. The upper groove is the preferred place to be on restarts. Now, the old-school slide job is something that can come into play where you slide up in front of someone and take that high groove away from them.”