Kurt Busch: Reconfigured Atlanta 'has a lot of speed'

To help pick a tire to be used on the track for NASCAR’s Next Gen car this season, drivers Chris Buescher, Kurt Busch and Ross Chastain spent days testing various tire combinations.

As part of the track’s recently completed reconfiguration, the banking in the corners was increased from 24 to 28 degrees – higher than any other intermediate track on the NASCAR schedule.

The track width was also from 55 feet to 40 feet in the corners. The frontstretch is 52 feet wide and the backstretch 42 feet. The track was last repaved in 1997.

“I’m that brain emoji where my brain is blowing off,” said Busch, who will drive the No. 45 Toyota for 23XI Racing this season. “There’s a lot to digest.

“It’s an engineering marvel to bank a race track with this much banking and keep the turns this sharp and to have it as smooth as it is. They did a really good job.”

Added Buescher: “There’s a ton of new here. It’s probably not even fair to go comparing to the old Atlanta at this point, there’s just so many variables in it.”

With a repaved surface and higher banking, higher speeds were expected, but the drivers quickly discovered the combination with the Next Gen car produced racing similar to that at Daytona and Talladega.

“It’s completely changed with the banking, the fresh asphalt. It’s a clean slate and the Next Gen car is a clean slate and so (Wednesday) was a big day with excitement and anticipation of how the track would drive and how it would feel,” said Busch, a four-time winner at Atlanta.

“Once we got out there in a group the pace picked up by over a second having the cars draft together. There’s a lot of speed that you have by yourself and things were amplified way more than what we expected when we had just three cars drafting with each other.

“In NASCAR we have our Daytona and Talladega style draft and those are on 2.5- and 2.66-mile tracks. This is a mile-and-a-half. Things are going to be moving quicker. You’re going to be digesting things much faster.” 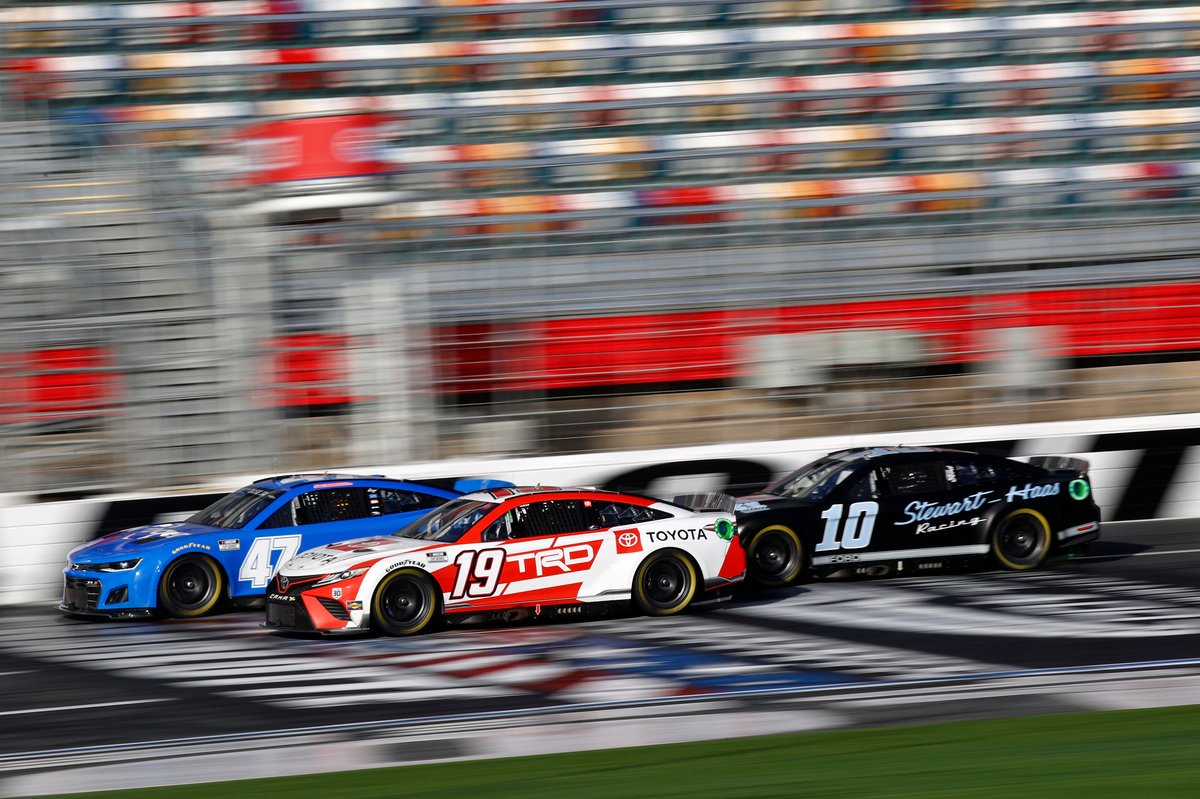 Like the racing at Daytona and Talladega, Chastain said drivers at the new Atlanta will need friends to navigate the draft.

He jokingly noted that may be a problem for him.

“I probably need to get to work on that because I don’t know that I have that many,” he said.