Kurt Busch continues to show the way for Chevrolet 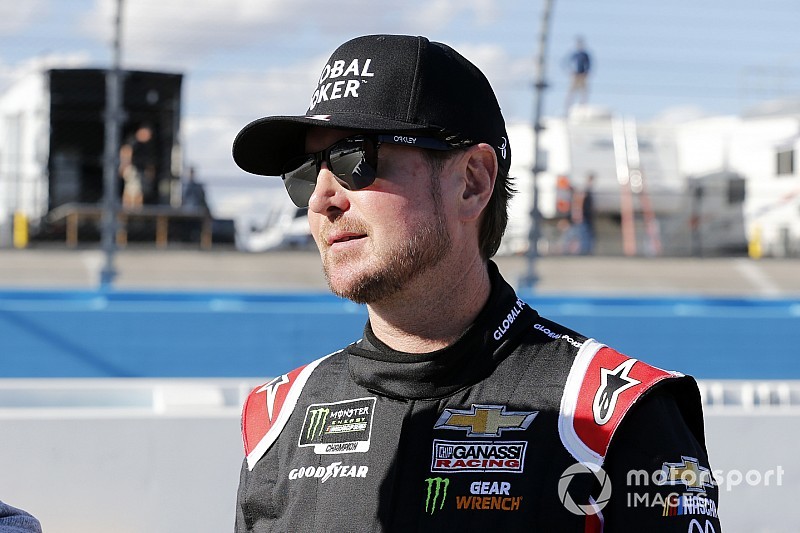 So much for needing time to gel with a new team and car make.

Although he’s not visited Victory Lane yet this season, the former NASCAR Cup Series champion is off to a great start with his new team and has even run more consistent than his teammate, Kyle Larson.

“I’m having a ball,” said Busch, following his sixth-place finish. “I hate losing spots right there at the end but that didn’t define our day.

“This was a great weekend because we were all over the map tight, loose and just trying to find it and then in the race we made the right adjustments.”

Busch, who has a season-best third-place finish at Atlanta, hasn’t finished below seventh since Daytona and while he’s pleased with the results, he realizes they’re close to contending for wins.

“I think the biggest thing is were learning at such a strong rate and still have more to go,” said Busch. “We have yet to plateau. We know we can run with these guys and where knocking on the door and I’m really proud of this Monster Energy team.”

Busch battled throughout the race at Auto Club Speedway but realized he had to take what his car would give him in the race.

“I want to be there (battling for the win) but I over drove it and almost got it in the fence,” said Busch. “I just got to back it down I just try to settle for what the car will give me.

“I guess old age and wisdom will do that.”

As for being one of the best performing Chevrolet teams on the track, Busch is ready to see more Chevrolets battling up front.

“I want to see more Bowties up there all around me,” said Busch. “It’s those teams that are there right now with Penske, SHR, Gibbs, that’s what’s towing the boat and towing the whole sequence. For us at Ganassi, we’ve got to cross over that threshold and get to that next level.

“Whether Chevy is going to help us or we’re taking them, we’re just going to continue to work hard as a team no matter what it is.”