Kvapil will have special decal at Richmond to commemorate 200th start 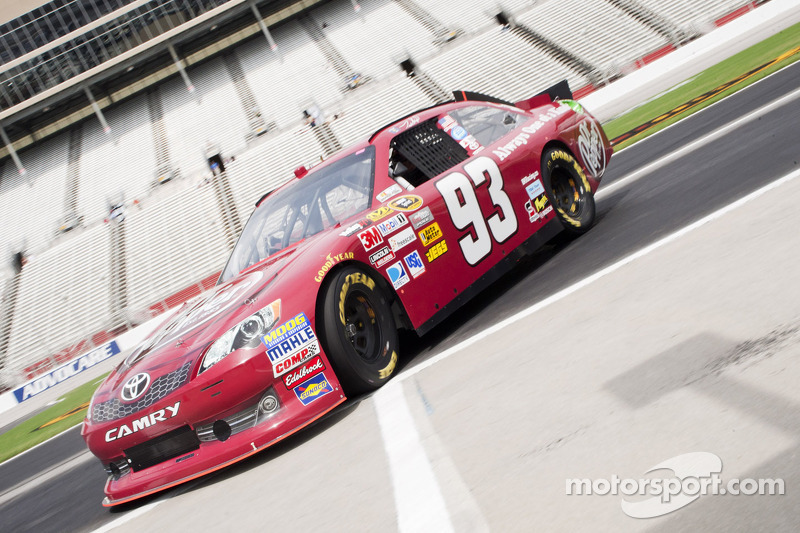 Statesville, N.C. - This weekend's Federated Auto Parts 400 at Richmond International Raceway will mark Travis Kvapil's 200th Sprint Cup Series start. The 2003 Truck Series champ got the call into the big leagues in October, 2004 when Roger Penske asked him to pilot the No. 06 car at Martinsville.

Since then, he has gone on to capture six top-10 finishes and one pole. Kvapil looks back on his career with reverence, but knows he has a lot left to accomplish in NASCAR's top series. He sees progress and improvement in his BK Racing squad and aims to position them for their first win.

Kvapil has made 11 Cup Series starts at Richmond. His best finish is 11th, which came in 2005. In Truck Series competition, he's made four starts. He has one pole and one top-10 finish. 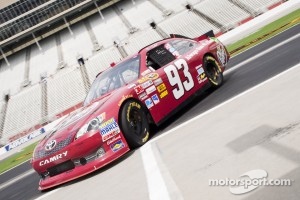 The No. 93 team has created a special decal to commemorate Kvapil's 200th start. It will ride above the windows on Kvapil's Burger King/Dr Pepper Toyota. The team will also carry a decal in remembrance of 9/11 on its deck lid. It has an image of an American flag with the words "Never Forget."

Comments from BK Racing Driver Travis Kvapil heading into Richmond: "It's pretty cool to think about making my 200th start. I don't look at the numbers too much. Just thinking back to racing in Wisconsin, when I started racing locally at the quarter-mile and half-mile tracks, I never believed I'd be racing in NASCAR.

I definitely didn't expect to make 200 starts in the Cup Series. Not many people get an opportunity to do that, so I'm pretty proud and thankful to be in this position. On the flipside, I've got 200 starts, but zero wins. The racer side of me is disappointed that I haven't had the success that I wanted to at the Sprint Cup level. It's pretty neat, though.

There aren't a lot of guys that get this opportunity. I feel like the team I'm with now is growing and developing and we'll be in position to contend for the win before long.

"I clearly remember making my first Sprint Cup start at Martinsville. I ran some Truck Series races for a couple of years and got the opportunity to do that. My very first Cup start, I qualified fifth. I remember thinking that I might have a chance to make it. Overall, the things that stand out are driving for Roger Penske.

Driving for Doug Yates was special. I was driving the famed 28 car for a year. We had some good runs at Yates Racing. We sat on a pole at Talladega (2008). That was a neat deal. Just thinking of all the people that you work with over the years and the relationships you build, that's what means the most.

It's cool to look back, but I'm looking forward, too. I'm thinking about what we need to do to get BK Racing better and how to get the Burger King/Dr Pepper team into Victory Lane.

"Going to Richmond for our second time is going to be a huge plus for us. The second half of the year has been much better than the first half. We've had an opportunity to look at our notes from the first time and figure out what did and didn't work. I felt like our first time there was OK, but we've learned a lot that we can apply and be stronger there for our return.

It is a great race track. It's got a couple of lanes for racing. If you have a fast car, you can pass. There's always some side-by-side action with a little beating and banging. Night racing is always a plus. I'm looking forward to it."

Kurt Bush looking for a little redemption at Richmond

Hayden is 2006 champion as Rossi falls in Valencia