Kyle Busch: 'The (aero) package sucked. No question about it' 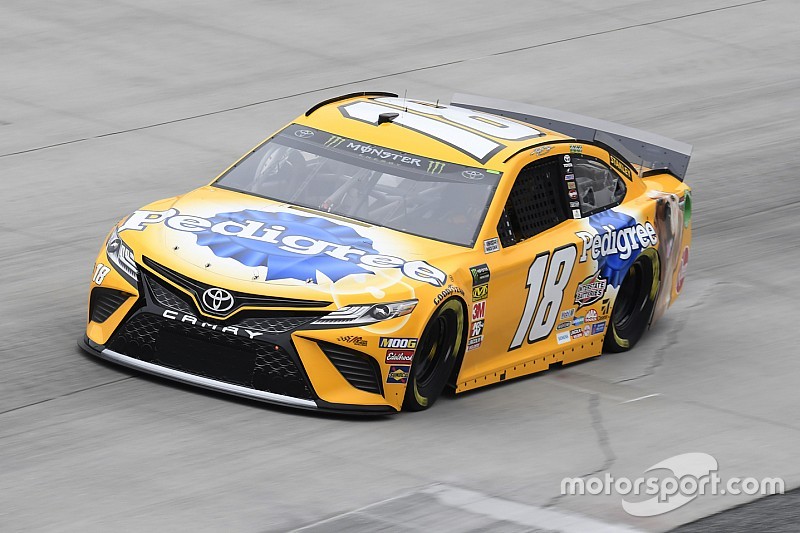 Kyle Busch set another NASCAR milestone on Monday but he was in no mood to celebrate.

Busch struggled in much of Monday’s rain-delayed GanderRV 400 at Dover (Del.) International Speedway and things got worse when he tagged the wall on Lap 252 of 400.

While he initially said his No. 18 Toyota “was killed” and he expected to be on pit road “in a few laps,” he managed to make it the distance and finished 10th.

Busch remains the only driver to finish in the top-10 of all 11 races in the Monster Energy NASCAR Cup Series this season, tying a NASCAR record set in 1990 by Morgan Shepherd.

Taking aim at the aero package

After the race, however, much like after his practices during the weekend, Busch was no fan of how the new aero package played out at the 1-mile concrete track.

Asked about his race, Busch said, “It sucked. You know, we thought we were off as a program, but obviously (teammate Martin Truex Jr.) won the race. So, that’s not the case.

“Probably we were going to end up about eighth and then I got into the wall in the last stage and we were junk after that. On a (scale) 1 out of 10, that hit was probably an 8.”

Asked if the aero package contributed to Busch’s tough day, he said, “The package sucked. No (expletive) question about it. It’s terrible. But all I can do is bitch about and it will fall on deaf ears and we’ll come back here with the same thing in the fall.”

“This was a real bad weekend for us.”

Busch has three wins this season and remains the series points leader with a five-point advantage over Joey Logano.

“When you run better at least you have something to hang your hat on but running like that, we were terrible,” Busch said.

Bowman on second consecutive runner-up finish: "We needed this"