If there are serious questions about whether the “Big 3” will make it to the Championship 4 in Homestead, somebody forgot to tell Kyle Busch. 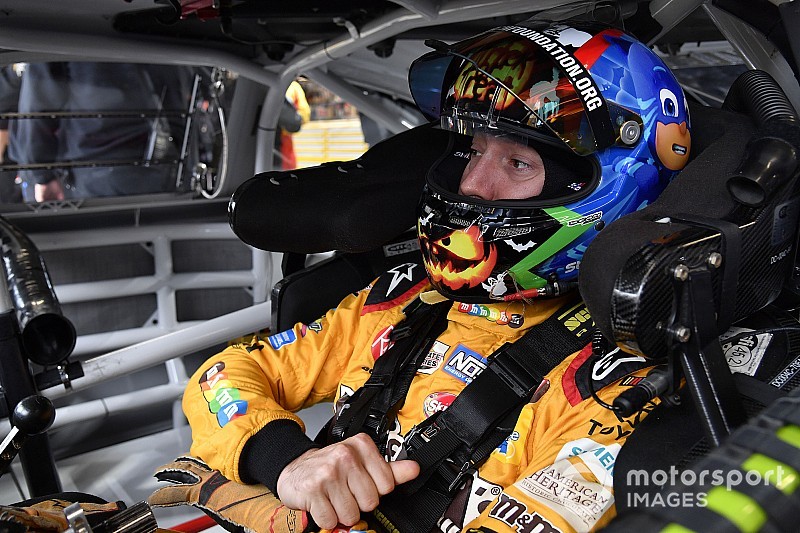 Busch won the Sept. 22 race at Richmond (Va.) Raceway, the only driver in the trio to win in the playoffs so far.

The trio’s lack of wins have raised questions about whether they will all advance to Homestead as many had predicted.

Busch, however, sees his best opportunities for victories coming up in the semifinal round which opens Sunday at Martinsville (Va.) Speedway.

“I really look forward to this round. I feel like it’s our best round,” he said. “We run well at all three – we won at Texas in the spring, we won Martinsville last fall and Phoenix has been getting better for us, too.

“We just need to continue to execute and do a good job and make sure that we mind our Ps and Qs. There are certainly some areas that we need to clean up right now and continue to get better.

“When you get to Homestead – you’ve got to get there first, but when you get there – you better be picture perfect, so hopefully we can get it all sorted out.”

Martinsville hasn’t always been a good place for Busch.

He finished outside the top-10 in three of his first four Martinsville races with Joe Gibbs Racing in 2008 and 2009. However, in his 11 starts, he has two wins, eight top-fives and no finish worse than 15th.

Busch’s victory in this race one year ago locked him into the Championship 4 at Homestead, giving his No. 18 Toyota team two weeks to prepare for the title race.

“We’ve run well the last several times at Martinsville and we’re definitely pumped about getting back there. I’m hoping we can have a really good car there again,” said Busch, who finished second in this year’s spring race at the track.

“The guys have been bringing fast cars there recently, and we feel really good about what we have for this weekend.”