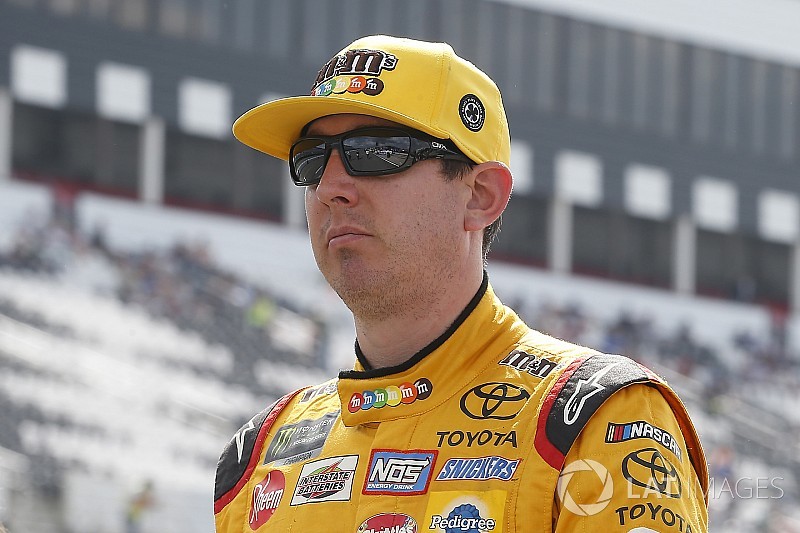 Busch lost last year’s spring Pocono Cup Series event when he elected to remain on older tires late in the race while others pit for fresh tires and one those, Ryan Blaney, went on to collect his first series victory.

Sunday in the Pocono 400, Busch pit for four new tires on a caution with less than 20 of 160 laps remaining but he ended up getting beat by Martin Truex Jr., who stayed out on that caution on old tires.

In between those two races, Busch earned his own Pocono victory, leading the most laps on his way to his first series win at the track last July.

On Sunday, a caution for debris came out on Lap 140 and several of the lead-lap cars elected to remain on the track, including Martin Truex Jr. and Kevin Harvick. Busch was among those who elected to pit for four new tires and lined up eight on the restart.

“We came back down for tires and I don’t know what it was. I don’t know if it was the clouds or different tires, but those tires didn’t mean anything,” said Busch, who went from eighth to fourth after one lap on the restart but stalled out after that.

“We couldn’t get back up through there for anything back up to those guys. It didn’t give any advantage. That was frustrating and disappointing.

On the final restart of the race with seven laps remaining, Busch still hoped to have a chance as he gave a shove to Kyle Larson, which helped Larson get on Truex’s bumper.

Larson made a couple attempts at a pass but Truex blocked both advances before eventually pulling away to a comfortable lead.

Joining Larson in the media center after the race, Busch joked with him about his effort coming up short.

“I thought Larson and I had a pretty good run there on that final restart where I pushed him back up to the back of (Truex), and he didn’t hit him enough in order to get him up the track a little farther so I could squeak on under there and have a three-wide battle and probably a whole bunch of fire and flames and parts on the outside of the race track in Turn 2,” Busch said.

“But maybe next time.”