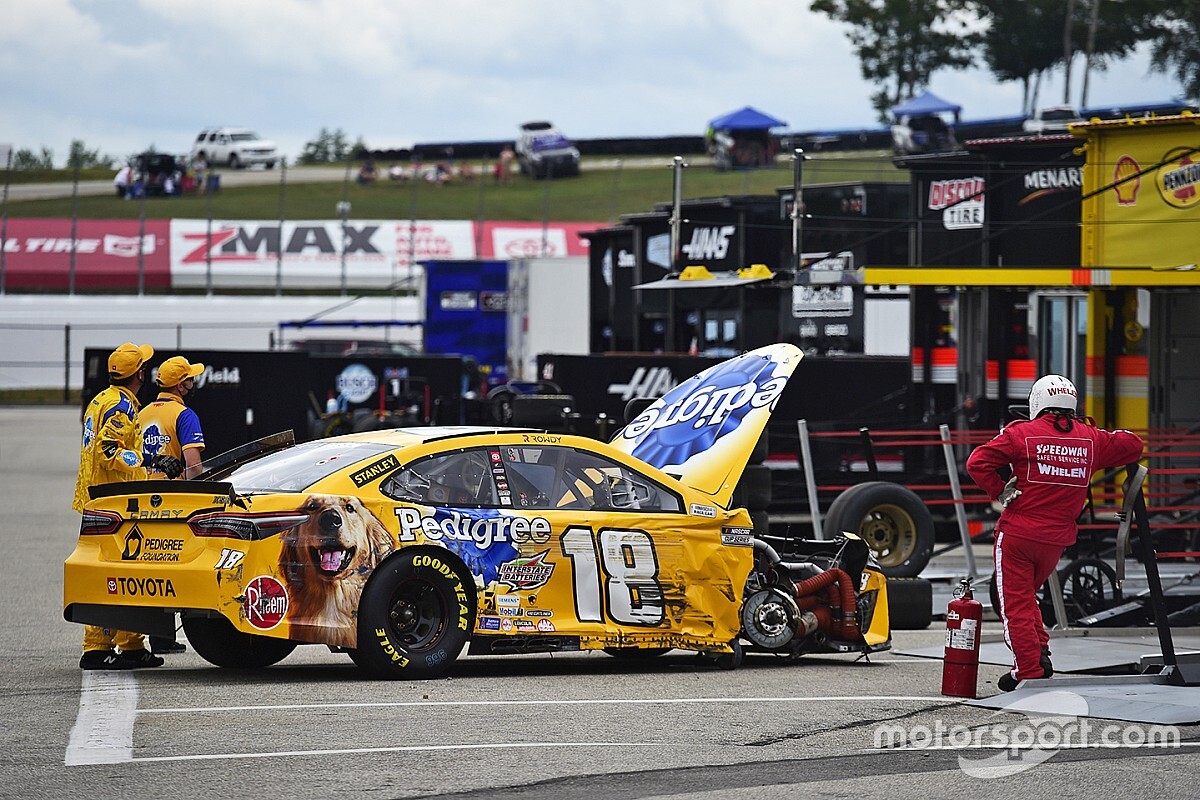 The reigning series champion has had a difficult year and is yet to visit Victory Lane in 2020.

He showed strength early at NHMS, but it all came to an abrupt end after just 16 laps. The No. 18 Joe Gibbs Racing Toyota Camry slammed the wall following a right front tire failure. He then immediately drove back into the garage, marking the end of his day.

He will finish 38th with no stage points, last in the running order.

“I blew a right-front tire for some reason," Busch said after being released from the infield care center. "I have no idea why. Way too early in the going for anything to be wrong or even to build enough brake temp or brake heat. I don’t know. Just hate it for our Pedigree team and the fight that we’ve been having this year seems to be continuing. Last time I was here in a Pedigree car, we blew a right-front tire for no reason as well too. Just seems to be our luck with the Pedigree scheme for some reason here at New Hampshire. It’s still 2020, but sooner or later we have to turn this stuff around.”