Kyle Busch not worried about Harvick's dominance: "It's early" 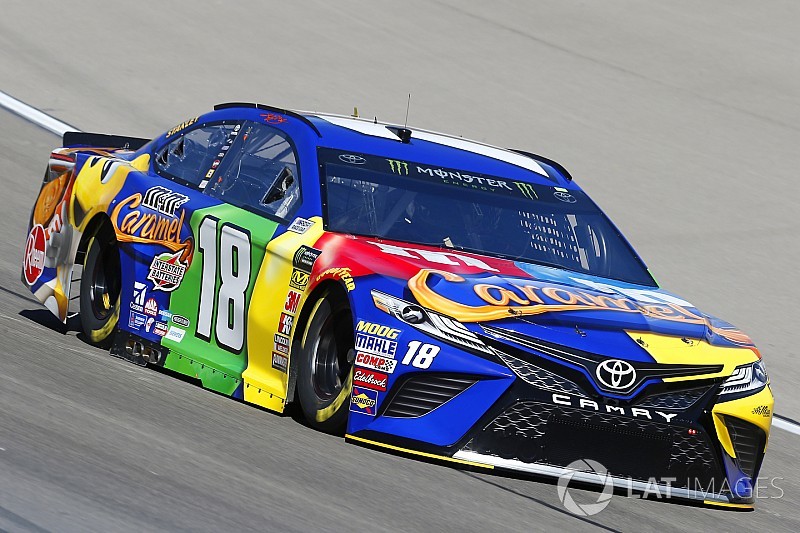 “I don’t remember the last time I had as dominant car as we’ve seen from (Harvick) the last couple weeks,” Busch said after finishing a distant 2.906 seconds behind Harvick in Sunday’s Pennzoil 400 at Las Vegas Motor Speedway.

“We’ve just got to go to work, try to fix it and get ourselves to that level. Just no catching (Harvick), they were just on rails today.”

Asked if Harvick – and Ford Performance’s – dominance on the first two intermediate tracks raised red flags for his own Joe Gibbs Racing organization, Busch said: “It’s early. It’s race No. 3. Show me that on race No. 26 or 36.”

Busch started 13th and slowing made his way through the field, finishing ninth in Stage 1 and fifth in Stage 2.

With few cautions and a lot of green-flag pit stops, there was not a lot of time for his No. 18 Toyota team to make major adjustments.

But by late in the final stage, Busch began to pick up momentum and moved into second with just over 15 of 267 laps remaining. He was able to shave some time off the margin with Harvick but not enough to alter the outcome.

“I still felt like we had a pretty good race car. We out-raced them at Homestead there last year but we definitely got to go to work at Atlanta and Las Vegas – we know those are really his strong tracks.

“Phoenix coming up is a good, strong track for him, too. But we’ll get to the meat of the schedule this summer and see what we got.”

Busch, who finished runner-up to Martin Truex Jr. to the Monster Energy NASCAR Cup Series championship last season, said it can be difficult to wait on improved performance.

“It’s tough to do. You definitely want to be winning races right now and solidifying stage points, getting some solace to know you are in the playoffs already,” he said.

“But with strong runs we’ll be fine and keep working our way up the points ladder.”