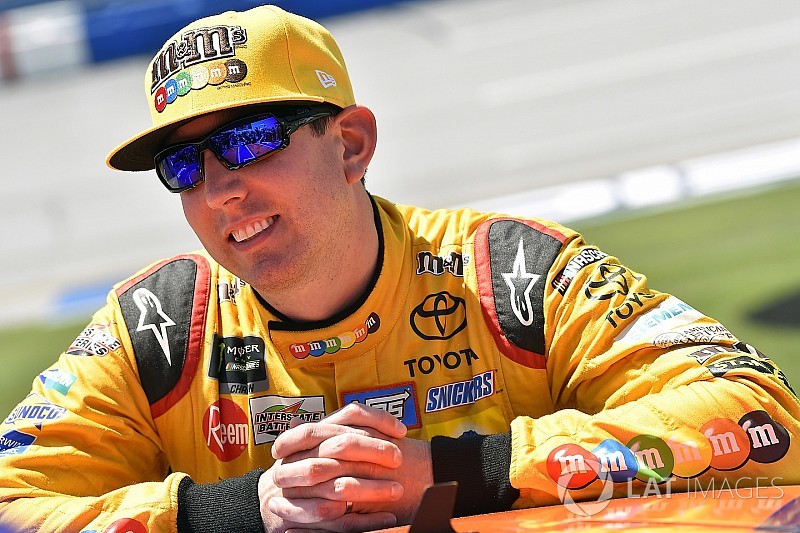 Busch had been weary to predict a fourth-straight win at a superspeedway race, although his No. 18 Joe Gibbs Racing Toyota was certainly capable to find Victory Lane.

“It makes for a more challenging time to be able to get that fourth in a row, but also we’ll know how much more rewarding it is when we do get it,” Busch said before the weekend began.

But as is common in these races, there are circumstances not in a driver’s control and Busch found that and more in Sunday’s GEICO 500.

Busch started 19th and finished fourth in Stage 1 of the race to get off to a strong start and managed a 10th place finish in Stage 2. But during the stage break caution, his first problem arose and this one was self-inflicted – he was penalized for speeding on pit road.

Busch was in 12th place on Lap 128 when he reported a vibration. A fortuitous caution waved during the same lap, allowing him to bring his car in for new tires. He fought his way back into the top-five by Lap 159.

However, Busch got caught up in the 14-car incident on Lap 165, started when Hendrick Motorsports teammates Jimmie Johnson and William Byron got together.

The team had to make sheet-metal repairs and replace one of the hood panels but was able to keep the No. 18 Toyota on the lead lap. He managed to reach the Top-10 gain before fading to 13th at the finish.

“It’s hard to say what would have happened if we hadn’t been caught up in that accident. Once we got in that wreck, it was over, but we had a decent car up until then,” Busch said. “We got our car handling better all day long and every adjustment we made to it was an improvement and gave us more on the race track, but we just lack speedway speed we are looking for.

“It would have been nice to get that fourth win, but we will go to Dover and try to start a new streak.”