Kyle Busch: Car "just snapped on me" before wall contact 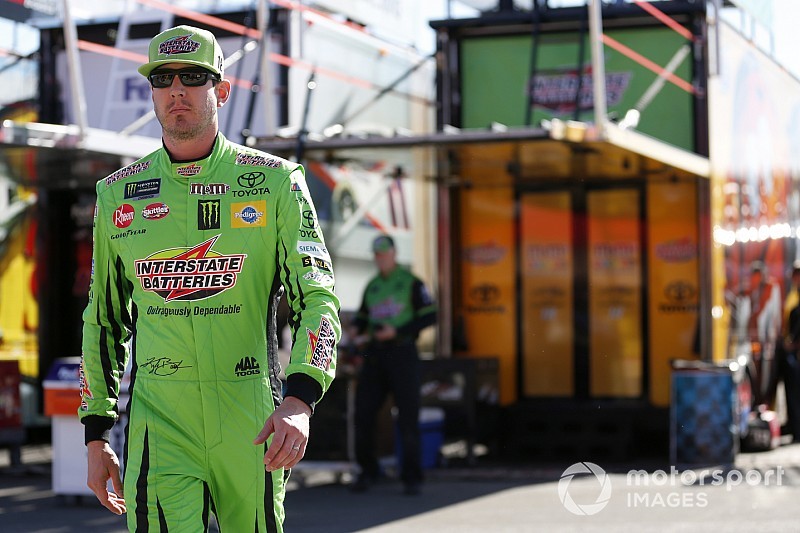 Kyle Busch appeared to be in position to put together another weekend sweep until contact with the wall derailed his efforts during the final stage.

Kyle Busch captured the checkered flag in Friday's Truck race and Saturday's Xfinity race at Texas Motor Speedway. But on Sunday, an ill-handling race car and contact with the Turn 2 wall precluded him from pulling off another hat trick.

He led the most laps at 66 total, but on Lap 276/334, he slid up the track and fell back to fifth. While working his way back forward, he found himself wide again out of Turn 2 but this time, he ran out of race track. After making contact with the outside wall, he was immediately forced to pit road and out of contention for what could have been his series-leading third win of the season.

“We actually made an adjustment to tighten up the car in order to have it be a little bit more under control for the end of the race there and it just busted loose on me," he explained. "I was just trying to hustle and keep the lap time going and keep the distance to those guys behind me, and it just didn’t work out. It just snapped on me.

"Luckily, we caught it and was able to get back rolling again, and then just fighting it there behind those guys in dirty air and I got in the wall off of (turn) two. I hate it for all of my guys and everybody that works so hard.

"They deserve to win, they should’ve won and threw it away.”

Even still, Busch rebounded to a 10th-place finish after the final round of pit stops cycled through and remains atop the points standings.

With the new aero package, Busch explained that in dirty air, "it’s pretty different. Just as hard as you’re hustling through the corners and you’re trying to run as close to wide open as you can, and sometimes your car needs that downforce and it needs that air to be on top of it in order to make sure you have that grip. We just didn’t have it there a couple of times.”

Johnson: Texas run “is what we've been looking for”