Kyle Larson has qualifying down at Sonoma (Calif.) Raceway, now he’d like to add a trip to Victory Lane as well. 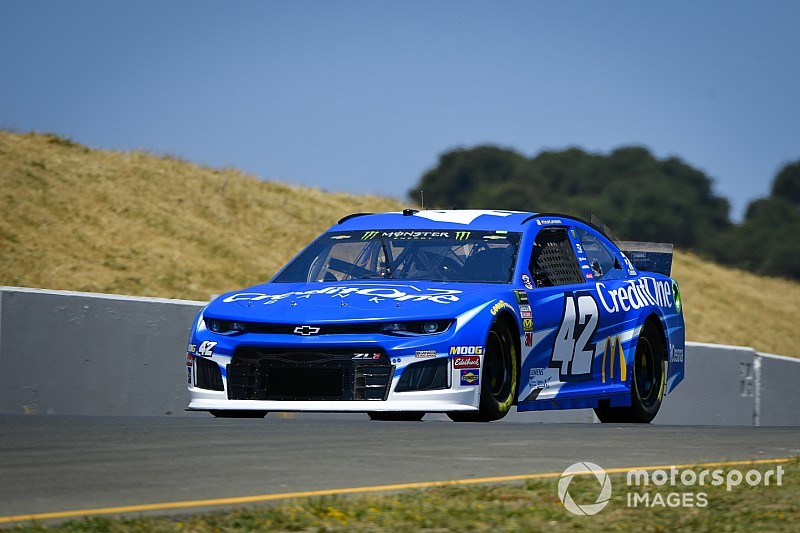 Larson dominated both rounds of qualifying on Saturday, using an average lap speed of 95.712 mph to win the pole for Sunday’s Toyota Save Mart 350 for the third consecutive season.

In five previous starts at the track, however, Larson has never finished better than 12th.

“I guess the trend with my three poles is winning a pole and then struggling in the race. Hopefully, we’ll have something different for tomorrow,” Larson said. “I feel good.

“We did a mock run yesterday in practice and ran a good lap. I kind of over-drove the first session and then the next session I said, ‘I’m going to calm down and not make any mistakes’ and I probably under-drove just a little.

“In the Carousel I think I gave up a little speed but I feel like I made up some time in other areas, too. It’s cool to get a third pole at my home track.”

The pole is Larson’s first of the 2019 Monster Energy NASCAR Cup Series season and eighth of his career. 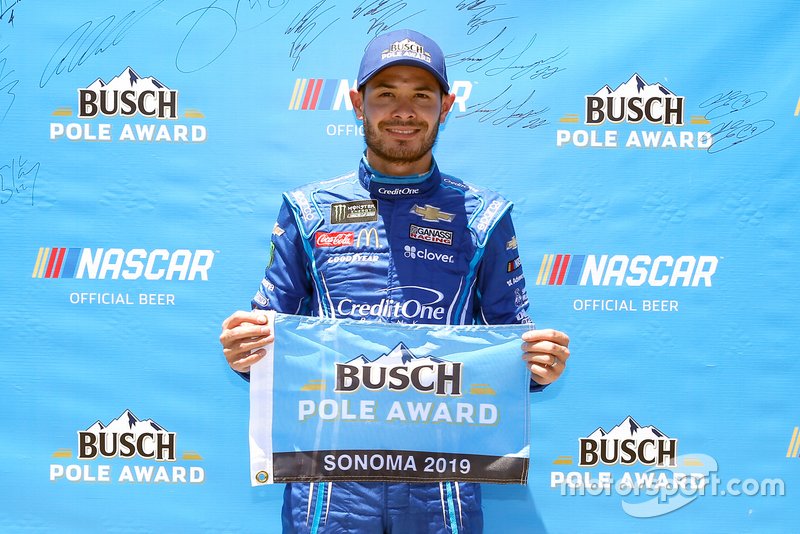 Larson, looking for his third consecutive pole at Sonoma, got off to a strong start, leading the way in the first 20-minute session.

Also advancing to the final round were Buescher, Kyle Busch, Bowman, Hamlin, Elliott, Johnson and Truex.

“I think we have a good car. I felt like it was really good on the long run yesterday, it’s hard to have the best of both worlds here,” Almirola said. “Sometimes you sacrifice the short-run speed.”

Jones had trouble in Turn 1 on his initial lap as he fell off the pace with a flat left-rear tire. He then had to limp his way on the entire track back to pit road, which did extensive damage to the left-rear wheel well.

“It was flat the whole lap, I just didn’t know it, I was sliding all over the place,” Jones said. Jones will have to move to a backup car which will entail him starting Sunday’s race from the rear of the field.