© 2021 Motorsport Network. All rights reserved.
TV Buy tickets Store
Previous / Penske has two of its three drivers eliminated from the playoffs Next / Chase Elliott: "We have just as good a shot as anybody" at title
NASCAR Cup / Kansas II / Breaking news 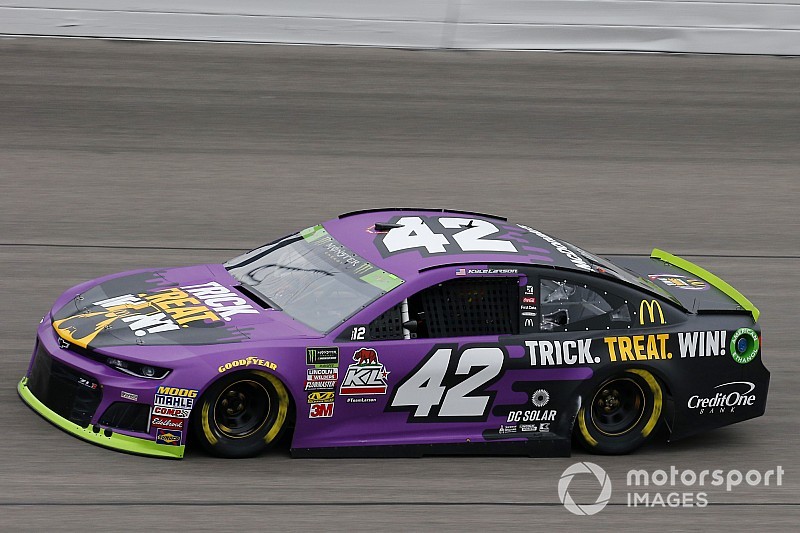 There were mixed emotions for Kyle Larson at the end of the race at Kansas Speedway Sunday afternoon.

After a practice crash on Friday forced him to start in the rear of the field in a backup car, he charged through the pack to finish a close third. However, it wasn’t enough to help him advance to the semifinals of the NASCAR Cup playoffs.

“Yeah, it was a good race for us,” said Larson. “We were really loose. We kept tightening it up until we got to a good spot, where I could run the wall comfortably. Once I was able to move up, have some sort of security up top, I was better.”

Although he obviously wanted to advance into the Round of 8, there were some positives to take away from Sunday's finish.

“Yeah, I don't know,” said Larson. “I'm actually glad that nothing stupid took us out of the playoffs this year.  We had that battery come out at Dover a couple years ago. Blew up an engine here last year.

“I mean, obviously I would have liked to have made it into the next round.  But I'm glad it wasn't anything other than just us not performing where we needed to be that kept us out of the next round. Just trying to figure out how to make our cars better. Try to figure out this new package we're running next year, try to be prepared, good all season long.”

The finish ended a tumultuous week for the Chip Ganassi Racing driver who’s team was assessed an L1 penalty after Talladega last weekend.

Although he’s out of contention for a championship, Larson felt Kansas was a decent showing for him after starting from the rear of the field.

“The races are so long, you don't do anything out of the ordinary when you start in the back,” he said. “You try and take it, be patient.

Coming from the back like that, able to be aggressive, get to 15th or so pretty quickly.  Then you're starting to get to the faster cars that are hard to pass. “I was able to get a couple good restarts that helped us out, a couple decent green flag pit cycles, too, that helped us out.” 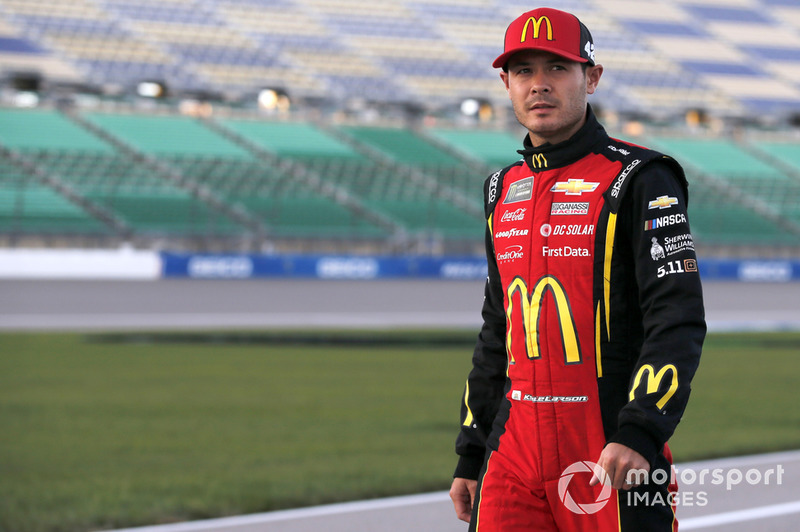