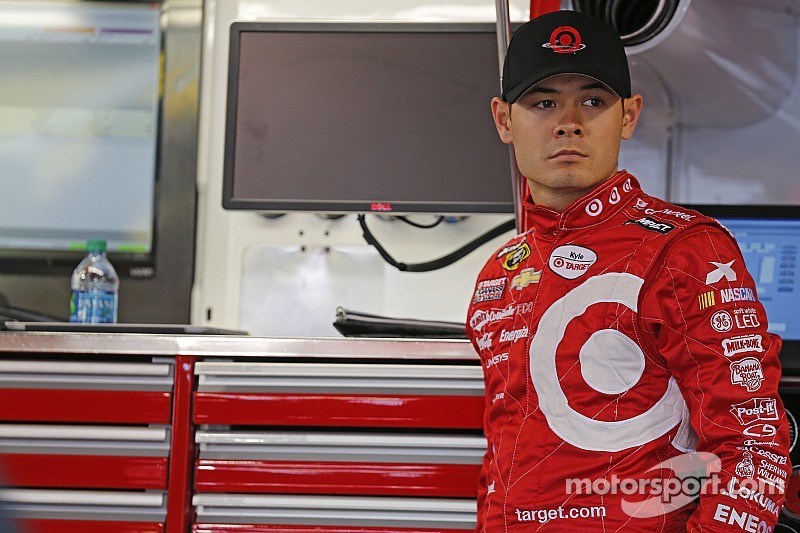 Regan Smith will fill in the No. 42 Target Chevy for Ganassi Racing.

“After fainting yesterday at an autograph session in Martinsville, VA, Kyle Larson was first evaluated at a local hospital in Martinsville and ultimately evaluated at a Charlotte hospital.  Although all tests came back negative and Larson feels completely fine, the doctors felt he should be held for more testing today. Subsequently, Larson will be unable to race today in the STP 500 in Martinsville.  Regan Smith has agreed to fill-in for Larson today in the No. 42 Target Chevrolet SS.”

Larson, 22, is in his second season in the Sprint Cup Series. He has two top 10 finishes this season and is currently 19th in the point standings.

Smith was called on Saturday and had his seat fitted just as a precaution. While he has not had the opportunity to speak with Larson, he discussed team's gameplan with the crews and veteran Ganassi Racing driver Jamie McMurray earlier this morning.

"I talked to Jamie this morning here for a little bit just now in the hauler," Smith said. "And have gone over with both teams where their cars are at and what they thought of their cars.  And what they think they are going to do today, what adjustments they have made for today.

"I talked to Jamie about the tire, about the track and how it is reacting compared to the last time I was here, which as we mentioned before was a while ago.  I got a pretty good feel for all that stuff.”

Smith competed in the Sprint Cup Series for four full seasons and won the 2011 Southern 500 while piloting the No. 78 Furniture Row Racing Chevy. He currently drives the No. 7 Chevy for JR Motorsports. He has four career NXS wins and is currently seventh in the point standings after finishing second last season.

"Anytime you can get in a rhythm and have your own deal it is obviously easier.  But you it is still a race car, it still has a steering wheel and it still has gas pedals.  We still do the same stuff with it, so you can work around a lot of that.”

Chase Elliott is ready for his Cup coming out party