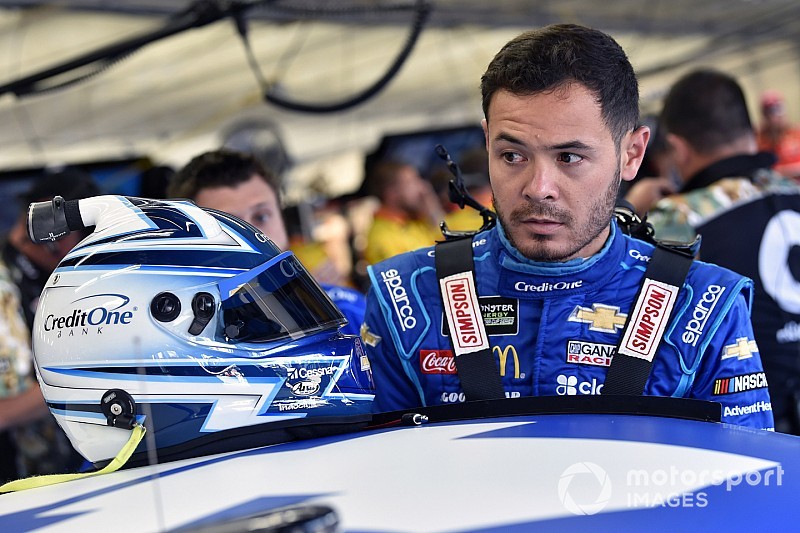 Kyle Larson, who has won the last two poles at Sonoma (Calif.) Raceway, appears on track for a third.

“I spent a lot of practice working on the same old characteristics of Sonoma, which is nice. We are doing some work to make sure it drives off the corner as well as you are going to need,” DiBenedetto said before the start of the final 1 hour, 20-minute session.

“It needs to turn okay, and you need to be able to throttle down so you can set them up and stay close to their bumper to pull off a pass in Turn 7.”

Drivers seemed much more confident navigating the Carousel this time around. The addition to the course this year plunges from Turn 4 down through Turns 5 and 6 before dropping onto the raceway’s longest straightaway into the Turn 7 hairpin. It adds about a half-mile to the course’s length.

Kyle Busch had some troubles on the course, spinning off the track briefly in Turn 2 early on and then went off course again near Turn 4 later in the session.

Bubba Wallace also went for a spin late in the session but was able to continue on without a problem.

Bowyer posted the fastest average lap speed of those drivers who ran at least 10 consecutive laps (93.416 mph). He was followed by Bowman and Larson, respectively, in that category.