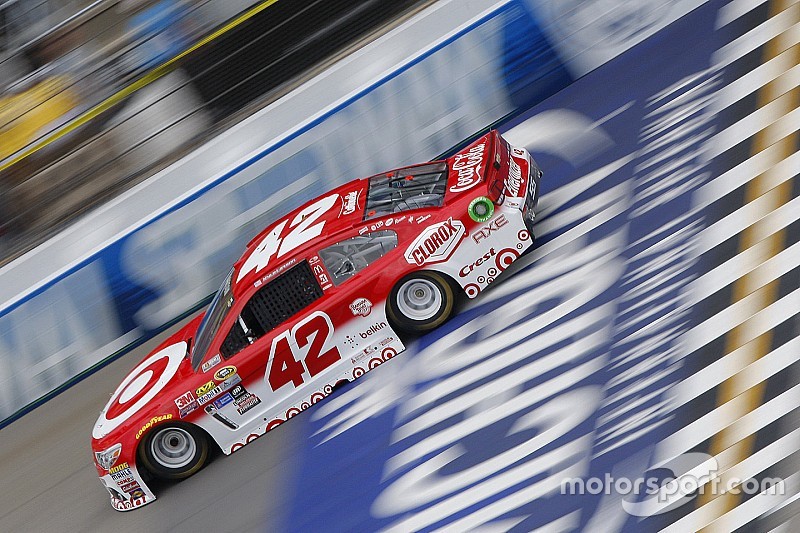 Sprint Cup Series driver Kyle Larson took a hit in his hopes of making the Chase when his No. 42 Chip Ganassi Racing team was penalized by NASCAR on Wednesday.

The 15-point penalty drops Larson three positions to 21st in the series standings, 38 points behind the current cutoff to make the Chase.

CGR will not appeal the penalty.

In other penalties announced Wednesday: