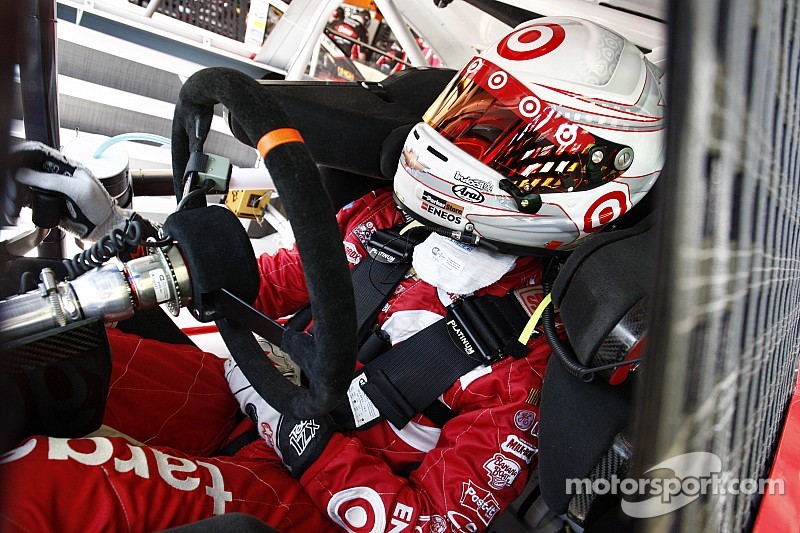 Chip Ganassi Racing driver vows to take better care of himself in the future.

Kyle Larson says dehydration was the culprit for passing out last Saturday at Martinsville Speedway.

The 22-year-old Sprint Cup driver, who pilots the No. 42 Target Chevy for Chip Ganassi Racing, says while he feels “great right now, and felt perfectly fine shortly after I fainted” doctors felt it was in his best interest to run additional tests “to make sure nothing serious was wrong with me.”

Larson added “all the tests came back negative”. Earlier on Thursday, CGE announced that NASCAR had cleared Larson to race at Texas Motor Speedway next weekend.

The whole time I felt fine, and hated it that I couldn't race (last) weekend in the Target Chevy.

“The whole time I felt fine, and hated it that I couldn't race (last) weekend in the Target Chevy,” Larson said. “Just got to thank all the doctors and nurses for how thorough they were with me.”

Larson said he was “rushed” Saturday morning and “almost late to practice”. NASCAR had to Sprint Cup practices, the first a 55-minute session starting at 10 a.m. followed by 50 minutes in Happy Hour two hours later.

Although Larson claims he “felt fine” prior to the autograph session, he “just started getting light‑headed and tried to lean forward and maybe see if that fixed it, and then I passed out.”

Just got to do a better job of taking care of myself, and that should never happen again.

“I didn't take very good care of myself throughout the day and just ended up dehydrating myself," Larson said. "Just got to do a better job of taking care of myself, and that should never happen again.”

While it’s difficult for a driver to be on the sidelines, Larson realized the importance of being held for observation. Although he was scheduled to make his 46th Sprint Cup start on Sunday, his illness couldn’t have come at a more opportune time.

Given Larson’s past performance at Martinsville Speedway, where his average finish is 33rd, missing the STP 500 wasn’t too much of a loss. Regan Smith filled in and finished 16th in the No. 42 Target on Sunday.

“It sucks any time you can't race, but I was happy that they were taking the time to make sure there wasn't anything major wrong,” Larson said. “Yeah, I wasn't upset too badly that I had to miss the race, and I guess if there's a race you've got to miss, Martinsville is my least favorite track.

“But yeah, I would have loved to have been there.  We had a really good car all weekend long.  But in the end Regan did a really good job for our Target team.”

Larson posted top 10 finishes at Phoenix and Las Vegas. He fell from 18th to 24th in the Cup point standings after missing the Martinsville race.

Err on the side of caution

After Larson was transported at Carolina Medical Center in Charlotte on Saturday, he remained there until his release Monday night. Despite his extended visit, Larson says he was never anxious.

“I pretty much stayed positive through the whole thing,” Larson said. “I never thought anything was wrong with me because I felt fine while I was sitting in the hospital.  Just was looking forward to when I could finally get out, looking forward to the last test that they had to run so I could get out of there.

“But yeah, I was never nervous about it being the end of my career or out for a while or anything like that.  I had it pretty much set in my mind that I was okay. I think the doctors kind of knew what all was going on, they just wanted to, like I said, run every test that they could just to make sure they could scratch everything off the list.”