Kyle Larson came oh so close to besting Alex Bowman in the closing laps at Chicagoland Speedway, but he was forced to settle for the runner-up spot for the second consecutive year. 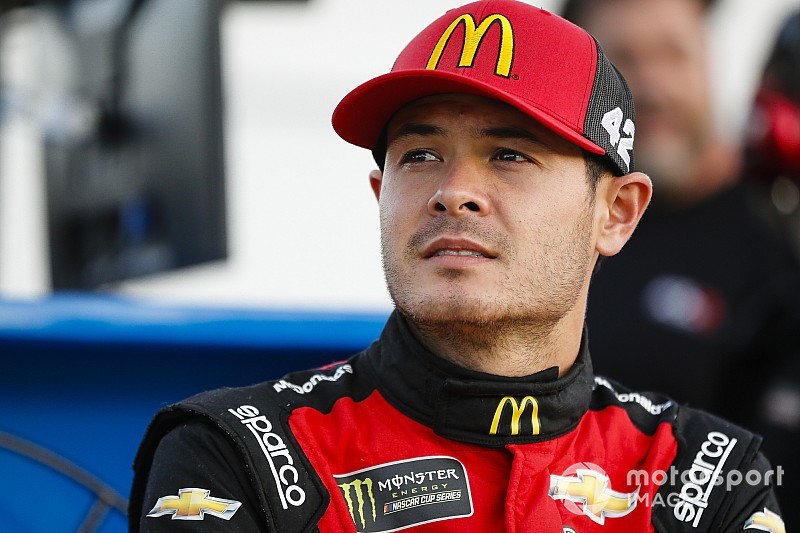 As Bowman struggled through slower traffic, Larson was able to whittle away his three-second advantage and reach the rear bumper of the No. 88.

With seven laps to go, he completed the pass, but Bowman was able to respond and take it back on Lap 262 of 267.

"Yeah, I could see him struggle when I was getting to him, and when I got by him, I'm like, all right, good, he's going to be in my dirty air and get loose," said Larson. "He could get big runs on me down the straightaways, and I think that allowed him to get that run into 1 and he got to the main side and I got tight, I don't know if him getting air on my spoiler or something got him tight, but I had to kind of breathe it a little bit, and then we side drafted on the backstretch.

"I wish I would have maybe done some things different into 3 instead of going all the way to wall, maybe chase him to bottom, just try to hang on his quarter, but he might have cleared me anyways down there."

The final margin of victory was just over half a second, Larson's best result of the 2019 season.

"Was actually surprised I even got to him," admitted Larson. "I thought when he came out about the same distance off pit road in front of me, I thought he was just going to check out. But like I said, he was struggling, and we were able to get to him and get by him, but he did a good job. He did a good job regrouping and figuring out how to make his car drive better and got the win.

"Cool to see him get the win there. Would have liked for him to have to wait another week or so, but happy for him. He's an open‑wheel guy, so cool to see."

The top-five was a great boost to Larson's playoff hopes as he now sits 35 points clear of the cut line. 13th in the championship standings.