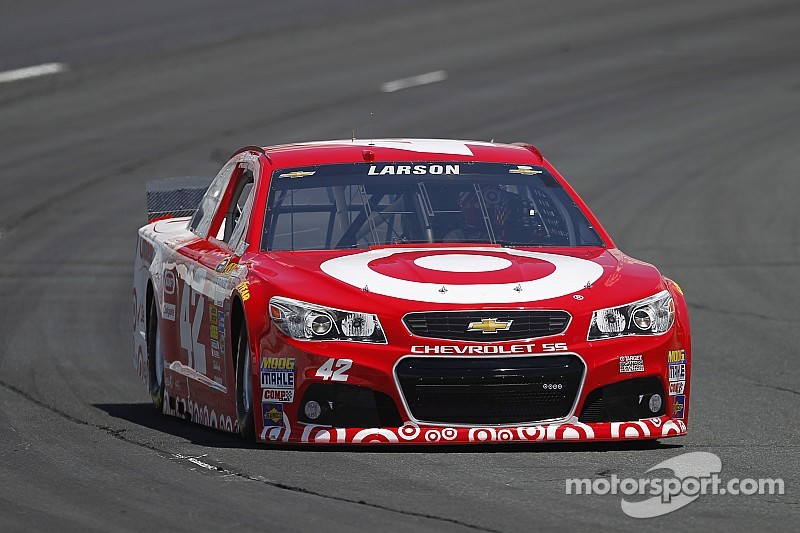 Heading into Sunday, the 21-year-old from Elk Grove, California had demonstrated speed.

NASCAR sprint Cup rookie Kyle Larson was eighth in points after his seventh top-10 finish of the season June 15 at Michigan International Speedway. Since then, Larson has finished 28th, 40th and 36th, plummeting to 17th in points, 12 behind Austin Dillon (13th) in the battle for rookie supremacy.

Our chances (to make the Chase) were really good up until three weeks ago. Then we lost power steering at Sonoma.

"At Kentucky we were pretty fast and blew a right-front tire. Then at Daytona we got caught up in a typical Daytona crash. Now we’ve fallen to where we have to fight really hard again. I figured we may have some bad luck one week or two weeks in a row, not three.”

Larson said he looked forward to coming to New Hampshire, a track “where you have a little more control over your outcome.” And heading into Sunday, the 21-year-old from Elk Grove, California had demonstrated speed.

Larson had the Target Chevrolet among the five fastest cars in the weekend’s first two practice sessions and was second to Keselowski in best 10 consecutive lap average (131.569) in final practice. Although on the wrong side of the knockout qualifying bubble (13th), Larson qualified fourth for Saturday’s Sta-Green 200 Nationwide race.

Johnson out of contention early at Loudon