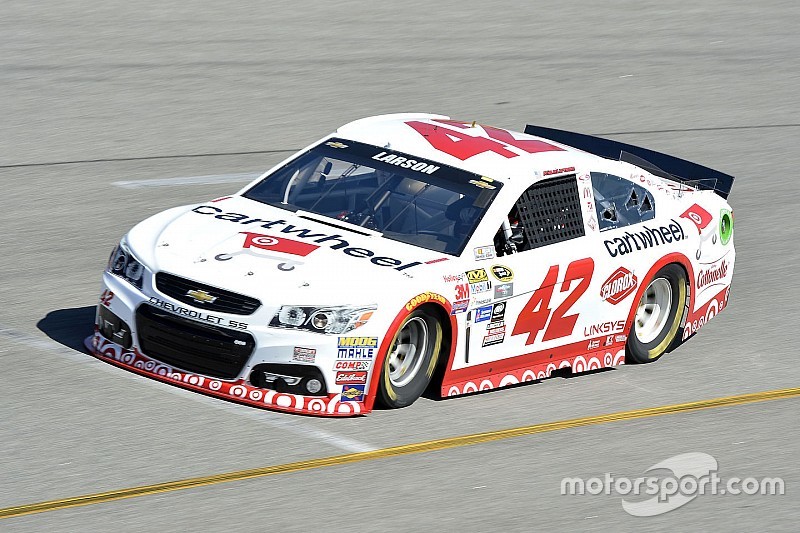 Kyle Larson has to win in order to make the Chase this weekend and he's gotten off to a strong start, leading the opening practice session of the weekend.

Larson’s lap of 125.535 mph (21.508-seconds) held up for the entire hour and 55-minute session. However, when the No. 42 Target Chevy switched over to qualifying trim later during the exercise, it didn’t suite the driver.

“No dice on that,” asked crew chief Chris Heroy.

“I thought my drive off was way worse,” replied Larson.

Both Larson and Mears are still looking for wins this season — a feat which would lock either driver into the Chase with just one race to determine the top 16 drivers on the playoff grid.

“It’s fairly well balanced and that’s good thing,” Mears said of the No. 13 Geico Chevy. “We have pretty good speed, we just have to see how we keep up with it through the weekend.”

Mears is currently 22nd in the point standings. His only career Cup win came in the 2007 Coca Cola 600. But a victory at Richmond, where his best finish was ninth in the spring race in 2009, would lock Mears into his first Chase berth.

“We have a chance like everyone else,” Mears said. “I’m optimistic about it if we can get everything right…we definitely have a shot.

“If our car stays as good as it is now, we definitely have a shot.”

Denny Hamlin, who tore his right ACL playing basketball on Tuesday night, was 18th on the speed chart with a lap of 123.598 mph.
“That was tighter center, that was looser off,” Hamlin said on his final run.

Justin Allgaier posted the best 10 Consecutive Lap average with a speed of 122.600 mph.

Bowyer on the bubble: "We can win this race"