© 2021 Motorsport Network. All rights reserved.
TV Buy tickets Store
Previous / Ragan gambles but loses out: “Five laps was just too much” Next / Corey LaJoie impresses in Coke 600: “It was a hell of a day”
NASCAR Cup / Charlotte / Breaking news

After 'rough start,' Joey Logano gets a shot at Coke 600 win

Joey Logano thought he had a shot to win the Coca-Cola 600, something that didn’t seem possible early in the race. 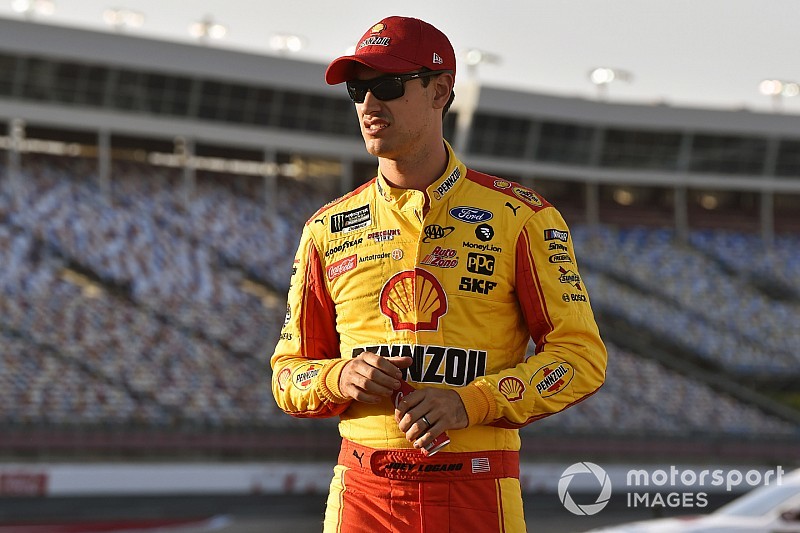 On the final restart with five of 400 laps remaining in the 600 Sunday night at Charlotte Motor Speedway, Logano lined up sixth, but the leader (David Ragan) had stayed out and second-place (Ryan Newman) had taken only two tires.

Lining up on the outside, Logano was in position to make a charge on four new tires – and he did.

Exiting Turn 2, Martin Truex Jr. and Logano were part of a four-wide move for the lead, with Truex emerging as the leader and Logano on his bumper. From there, Logano couldn’t catch Truex for another shot at the lead before the finish.

“Being sixth, I wish I was closer to the front, but being on the outside row, I thought I had a good shot. When they were four-wide, I went to push (David Ragan) ahead and got there, but I just didn’t quite get clear of Truex to come all the way down the race track,” Logano said.

“It might have been better, (Ragan) ran really high and I thought he was going to run in the middle and I kind of misjudged it. That’s what just killed a little bit of momentum to where Martin was able to just have enough momentum to clear me off that corner.

“At that point I shoved him ahead to try to make the pass to the outside, but he defended it well.”

Even the opportunity to come away with the victory was a far cry from how the race began for Logano and his No. 22 Ford team.

Logano had been good in Saturday’s practices but struggled in the early stages of Sunday night’s race, running outside the top-20 on several occasions.

“We had a rough start to this thing. The guys did a good job fixing it up to where we were competitive at the end and had a shot to win, so that’s all you can ask for,” he said.

“I don’t know how we got from where we thought we were going to be good in practice and then started the race really bad. I’m glad we made some good adjustments to get somewhat close.

“If you told me we were going finish second early in the race, I would have taken it, but when you actually finish second and you see the lead that close, you don’t want to take it.”

Corey LaJoie impresses in Coke 600: “It was a hell of a day”