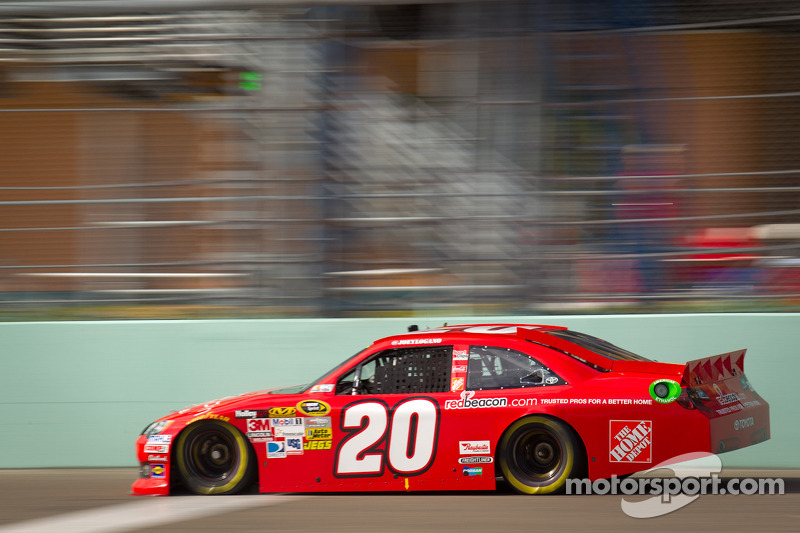 At the Homestead-Miami Speedway on Friday evening, Joey Logano had the fastest car in practice and when qualifying for Sunday’s Ford EcoBoost 400 ended, the young driver had the pole with a rapid lap speed of 176.056 miles per hour in the Home Depot/redbeacon.com Toyota.

Sunday’s race will also be used to identify the 2012 NASCAR Sprint Cup Series champion, and Brad Keselowski and Jimmie Johnson are the two combatants battling for the prestigious title. Keselowski qualified third and Johnson 10th.

And we got the pole and everything went fine today.

Logano copped his second pole of the 36-race NASCAR Sprint Cup Series season and the fifth of his career.

“To go out there in our final race for JGR (Joe Gibbs Racing) and get a pole for the guys in the shop is great,” Logano said. “They did a great job in preparing our car today, and the tough part is knowing what the car is going to do when the sun goes down, to make sure the car still has that speed. They gave me the car I needed to do what I had to do, and I did what I had to do. And we got the pole and everything went fine today.”

Marcos Ambrose put the Black & Decker Ford on the outside of the front row by registering a speed of 175.342 mph. “It’s nice to be back at the front,” he said. “We only got beat by one guy, and we will take a front-row starting position. We’ve been through a lot in the last 10 races and throwing a lap down like that means a lot to all of us. We’re excited to be so competitive, and they brought a good car today. I haven’t won on an oval, and I haven’t forgotten it.”

Keselowski bounced back from a 27th fastest practice speed to attain the provisional pole for a spell, and he ended up third fastest in the Miller Lite Dodge at 175.092 mph.

Said the colorful driver, “Qualifying well is what you need to do, and I am very happy for that result,” he said. “We’re going to keep working hard to be the best we can in the race, which is what counts the most. Our team prepared for Homestead under the impression that we would have to win the race and thankfully that (speed) showed up. I was prepared to qualify drastically behind the No. 48 (Johnson) but we didn’t.” 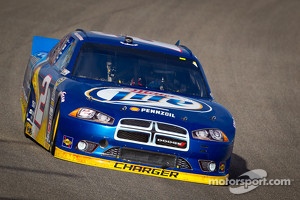 Carl Edwards put the Fastenal Ford on the outside of the second row with a speed of 175.001 mph.

Said Johnson, “We always want to be better, but it was a solid, respectable qualifying lap. We’ve worked real hard to get the car in the ballpark; and I’m looking forward to tomorrow and practicing. Today we were only in qualifying trim so tomorrow we’ll work through our race stuff and I’m sure we’ll be fine.”

Asked about the proximity to Keselowski, he added, “I’ll find a way to make it good for me if I can. I’d love to have him right there by me when we start the race and put the pressure on him. The best pressure I could put on him would be winning the pole. But we didn’t do that. Hopefully we’ll stay there in the top 10, which is good for us. We’ll get a good pit stall on pit road and go into race trim tomorrow and make sure we’ve got our race car right.” 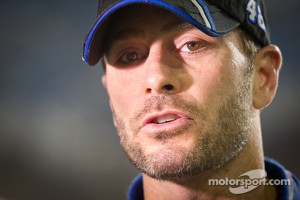 He believes he has a strong car for the race. “Tomorrow is a better tale of where everybody is. This schedule is very No. 48-style where we can just focus on one thing on Friday and then turn around on Saturday and work on race trim.”

Denny Hamlin had an off-day and qualified 44th fastest. He will start 41st on Sunday, relying upon owner points as did veteran driver Kenny Schrader.