The first lady of NASCAR died today at the age of 72.

For more than five decades, Lynda Gayle Owens Petty stood beside her husband Richard “The King” Petty. Their marriage was a model of steadfast love and commitment unrivaled in the NASCAR garage. Today, “Mrs. Lynda,” as she was known to many in the industry, lost her long battle with cancer. 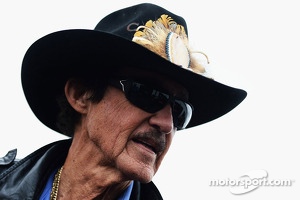 Although many NASCAR fans may have recognized her as the “Queen” to Richard’s “King,” she did so much more behind the scenes for various organizations throughout her community and industry. She served on the Randolph County School Board and the Randolph County Hospice, and helped start the Racing Wives Auxiliary. In addition, she was the president of the athletic booster club and volunteered at the Red Cross, local schools and with the Girl and Boy Scouts.

“On behalf of the France Family and everyone at NASCAR, I want to offer since condolences to the Petty Family regarding the loss of their beloved matriarch, Lynda Petty,” said Brian France, NASCAR Chairman and CEO. “Through the years, Lynda became an integral part of the NASCAR landscape. We have lost a true friend, who will be missed each and every day. Our thoughts and prayers will be with the Pettys throughout the difficult time.”

Lynda is preceded by her grandson Adam, and survived by her husband Richard and their son and daughters and their families.