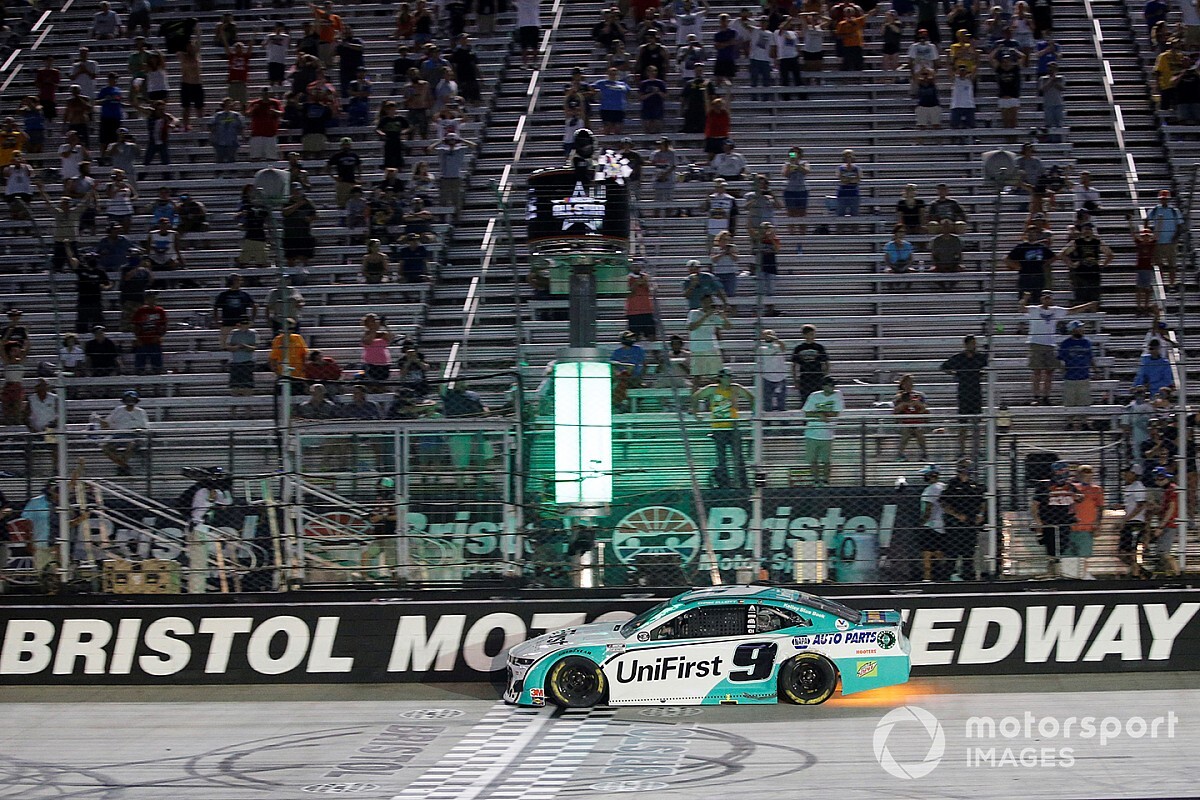 It may not have featured a door-banging battle to the finish, but Wednesday night’s NASCAR All-Star Race did showcase what has become an unfamiliar scene this season – fans reveling in a driver’s victory.

It certainly helped that the Cup Series’ most popular driver, Chase Elliott, ended up capturing his first All-Star Race win and the $1 million prize that comes with it.

Relocating the All-Star Race from its traditional home at Charlotte Motor Speedway to Bristol (Tenn.) Motor Speedway during the COVID-19 pandemic also allowed the opportunity for up to 30,000 fans to attend a race in person.

Local officials estimated Wednesday night’s crowd at more than 22,000 – which would be the largest crowd to witness a live sporting event since the pandemic began in March.

And most of the 22,000-plus seemed to enjoy every minute of Elliott’s victory.

“The NASCAR All-Star Race has been a great example of what can happen when sports, government and community work together for the fans. This event was a tremendous step in the right direction for America to bring live competition and fans back together for fun,” said Marcus Smith, president and CEO of Speedway Motorsports Inc., which owns the track.

“I’d like to thank (Tenn.) Gov. Bill Lee, Sullivan County, the city of Bristol, Fox Sports, NASCAR, the race teams and Bristol Motor Speedway for all their hard work and efforts to keep people safe.

“What a thrill it was to hear fans cheering in the grandstands again. Along with Chase Elliott, the fans were the big winners tonight.”

While the crowd may have been one of the smallest to witness a race at Bristol in decades, it certainly made its presence felt throughout the evening, from booing Kyle Busch in driver intros to basking in the victory by the 24-year-old son of one of the sport’s biggest icons, Bill Elliott.

The impact wasn’t lost on Chase Elliott, who repeatedly threw praise to the fans in attendance in his postrace interviews.

“To me tonight felt like an event again. I feel like we’ve been missing that piece for a couple months. It just felt really good to get NASCAR back,” Elliott said. “I mean, NASCAR is built on the fans.

“Once the race starts, it’s hard to engage with them because you can’t hear them. Before a race, the atmosphere was energetic again. I felt like the vibe was back. I felt like that fire and intensity in me was back even more so than it has been, a piece that had been missing.

“I think that’s driven by the people, the cars pulling in, the pre-race parties and everything that you see.”

It had been since early March since a significant crowd of fans had filed into a track to witness NASCAR’s stars compete in person.

While NASCAR had done an admirable job continuing to put on races in its various series, the absence of fans has left a noticeable void.

For one night at least, there seemed at least a somewhat return to “normalcy.” It’s hard to know whether it will last – the pandemic continues to rage in some areas where NASCAR still plans to compete this season.

Wednesday night served as a reminder of the endgame everyone in NASCAR is striving to reach.

“We work for the fans, and what a privilege it’s been to actually get to do that again,” said Jerry Caldwell, executive vice president and general manager of BMS.

“Hearing the roar of the fans above the rumble of the race cars is something we haven’t heard for quite a while and I’m glad we took this step forward for sports in America.”