Martin Truex Jr. on pit road issues: "We have to clean it up" 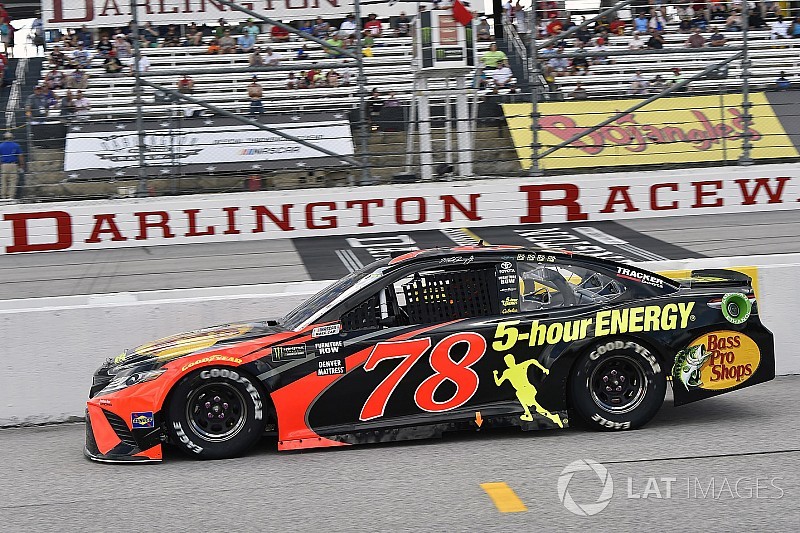 Truex, the reigning Monster Energy NASCAR Cup Series champion, appeared early in the race that he would be a contender for the win Sunday night and he consistently ran in the top-three,  including leading 30 laps at one point.

But while making a green-flag pit stop on Lap 169 of 367, Truex was penalized for having an uncontrolled tire during the stop.

Since the race was under green, he was forced to make a pass-through penalty, which left him two laps down and running in 20th.

“It’s really disappointing to have a car that good to be up front and have that many troubles on pit road,” Truex said. “It’s pretty disappointing.”

Truex did eventually make it back on the lead lap and rallied to finish a respectable 11th, but his journey was agonizingly delayed.

After Truex’s issues in Stage 2, then-leader Kyle Larson was among a handful of drivers who elected to run to the end of the stage without changing tires again.

The move was successful, as he cruised to an 11-second win in the stage and in the process helped keep Truex a lap down when the final 167-lap segment got underway.

Even then, Truex complained of a loose wheel prior to making a green-flag stop on Lap 285. He never made his way back on the lead lap until he received the free pass during a caution with just 22 laps left in the race.

“We have to clean it up. Playoffs are coming,” he said. “We do that in the playoffs and we’ll be out in the second round.”

Furniture Row Racing to cease operations due to lack of funding