Martin Truex Jr. says his team is "fired up as they’ve ever been"

Martin Truex Jr. believes he has a good chance to repeat as Monster Energy NASCAR Cup Series champion regardless of the future of his team. 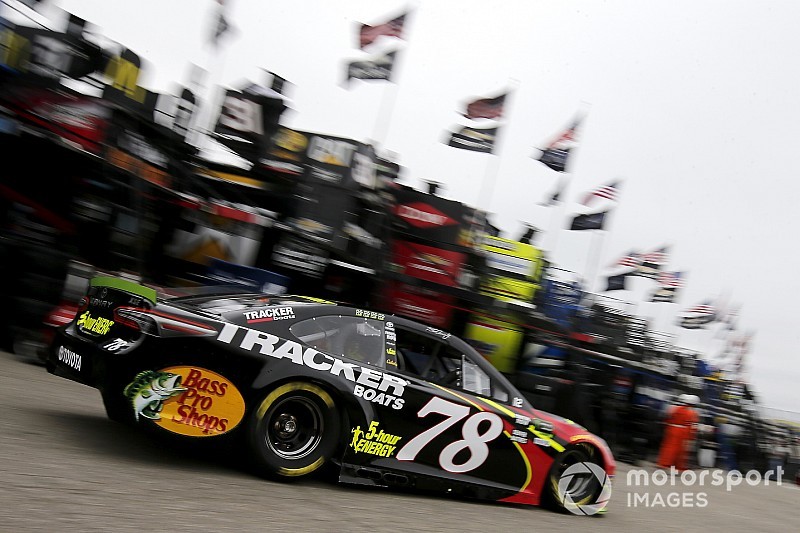 Truex, who won his inaugural series title last season, is trying to become just the second driver since Jeff Gordon (1997-1998) to win consecutive titles. Jimmie Johnson won five-in-a-row from 2006 through 2010.

“Obviously, that’s our goal right now, and it’s going to be a challenge,” Truex said Saturday at Talladega (Ala.) Superspeedway. “I think we’re up to it. I feel like we’re as good or better than we were last year, and we’ll just have to see.”

Furniture Row Racing owner Barney Visser announced early last month that he would be closing up shop at the end of this season.

Truex has had another strong season worthy of contending for a championship but there are some who doubt the No. 78 Toyota team can overcome the uncertainty surrounding the team’s future.

Truex will hear none of it.

“I think those who say stuff about our team who don’t know, don’t know what they’re talking about. They don’t spend any time around guys and see the passion around what they do,” Truex said.

Stepping up their game

So far this season, Truex has four wins, 17 top-five finishes and has won four poles in 30 races. He is only two shy of tying his top-fives from his championship season of a year ago.

“I think if you look in general in what we’ve done in the playoffs, it’s been spectacular outside getting in a few wrecks and some things happening to us. We’ve stepped up our performance when the playoffs started,” he said.

“That’s what you have to do. I am not worried at all. I think the guys are working hard and as fired up as they’ve ever been.”

Asked about his plans for next season, Truex said, “I have plans. I’ll be racing.”

Motorsport.com reported on Sept. 4 that Truex, his current crew chief Cole Pearn, and one of his current sponsors, Bass Pro Shops, would join Joe Gibbs Racing next season. The team has yet to make an official announcement.