Truex: "Wish we could have been just a tiny bit better" 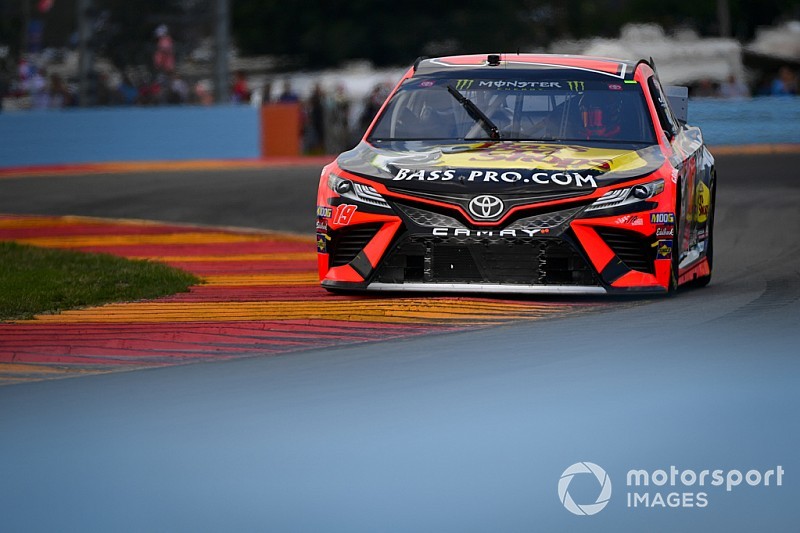 Martin Truex Jr. was in a familiar spot – but he needed one better.

Truex again found himself chasing down Chase Elliott for the win at Watkins Glen (N.Y.) International on Sunday, but once again he came up short.

Most of the race, Elliott maintained a solid lead but late in the race Truex was able to get to Truex’s rear bumper but was never able to make a pass for the lead.

“I tried to do all I could. Chase did an excellent job, just not making mistakes, and really all I could do was get to two car lengths, one and a half at the closest in braking, and just try to force a mistake,” Truex said.

“But he hit his marks. His car was really fast in the key areas that you need to be, leaving a few of the key corners. I just couldn’t get a run on him and we just were kind of stuck there.

“We passed quite a few cars there that were fast and finished up front, just couldn’t past that last one.”

Truex has become a proficient road racer and earned his third career victory at Sonoma (Calif.) Raceway earlier this year. He won at the Glen in 2017 and has finished no worse than third in the last three races at the road course in upstate New York.

“Honestly, we weren’t as good as we needed to be (Saturday in practice), and we made some changes after practice, and definitely in the right direction,” Truex said. “Just wish we could have been just a tiny bit better.

“It really was all about restarts and track position, and if I could have just got by him on that last one we would have set sail, I believe, but we didn’t, and he won.

“He did a good job, and overall it was a good weekend for us.”

Jimmie Johnson calls out Blaney: "He just drove through me"