Matt DiBenedetto: “We got the good run we deserve” 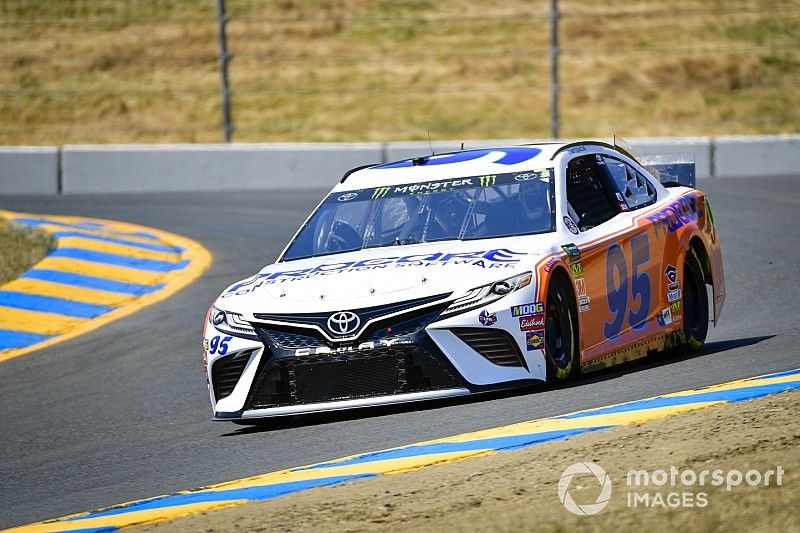 Matt DiBenedetto felt moving over to Leavine Family Racing this season would provide an opportunity for him in the Monster Energy NASCAR Cup Series to improve his results and Sunday he finally was able to realize that at Sonoma.

Although the California native who now calls North Carolina home has shown strong runs this season in several races, he was finally able to finish strong and for that he was grateful after his fourth-place finish at Sonoma Raceway.

“I cannot explain how thankful and glad I am that we got a good run that we deserve,” said DiBenedetto. “It has been a tough year; we just haven’t had the results that we deserve. We have had fast cars.”

DiBenedetto, who was named to take over the seat in the No. 95 Leavine Family Racing ride this season after they switched to Toyota in the offseason, wanted to make sure everyone associated with the program knew how much he appreciated the opportunity.

“I cannot explain how thankful I am to have this opportunity and how desperate I was to get a run like this for my team and how many people took a chance on me,” added DiBenedetto. “I can’t explain how many people had to say yes, including all of the JGR (Joe Gibbs Racing) teammates, Toyota, TRD, the sponsors, Procore and Dumont Jets, team owner, everyone on the team, it took every one of those people to say yes because my path to get here is unorthodox.”

DiBenedetto has been competing in the Monster Energy NASCAR Cup Series for five seasons and reminded everyone that it was a long road to get to the situation he enjoys today at LFR.

“I didn’t have the funding to get there; we did it the old school way.”

Kyle Busch: Second at Sonoma "sucks" but "good for the company"