While Matt Tifft remains sidelined after suffering a seizure at Martinsville last month, he and Front Row Motorsports have mutually agreed to part ways. 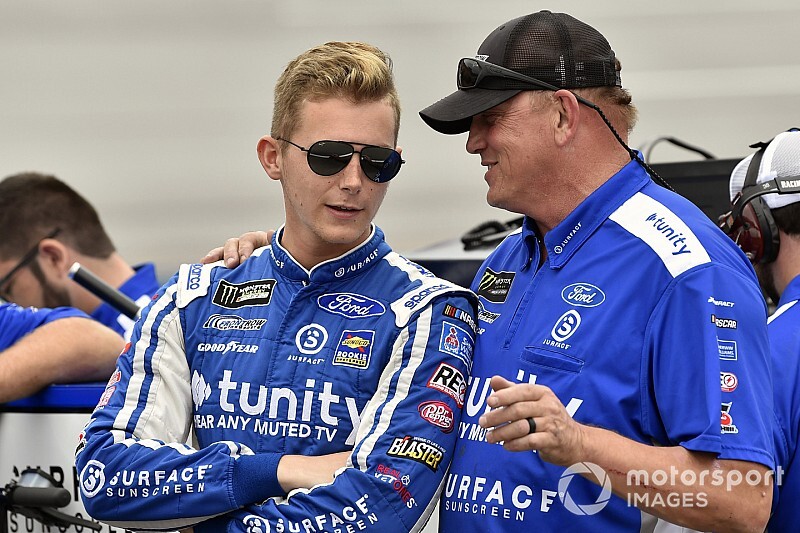 Tifft was in his rookie year at the Cup level, finishing as high as ninth in the July Daytona race. However, he will not return to the seat of the No. 36 FRM Ford Mustang as he continues to focus on his health.

"I've made the decision to focus on my health and there is no rush or timetable to get back behind the wheel," Tifft said in a statement Wednesday. "Because of that, I can't commit to racing full-time in 2020. I can't say when I'll be ready to race again, but I believe I will come back. I love this sport, the people, and I would like to be a part of it next year in some capacity.

"I want to thank Bob Jenkins, Jerry Freeze and the entire Front Row Motorsports organization for allowing me to live my dream of racing in the Monster Energy NASCAR Cup Series. They are great people and it's been awesome to race there. I look forward to what's next in racing when the time is right."

FRM have replaced Tifft with Matt Crafton at Martinsville before bringing in John Hunter Nemechek at Texas, finishing a respectable 21st in his MENCS debut.

"Matt has always shown us a lot of determination and courage," said Bob Jenkins, Owner, Front Row Motorsports. "He's a fighter and I believe, like him, that he'll return to driving. For now, we support Matt and his need to focus on his health and his family. Racing will be there when it's time. We want to thank Matt and his family for being a part of Front Row Motorsports and helping us continue to grow."

Cole Custer to replace Suarez at Stewart-Haas Racing in 2020

Tifft ruled out for rest of season on doctors’ advice