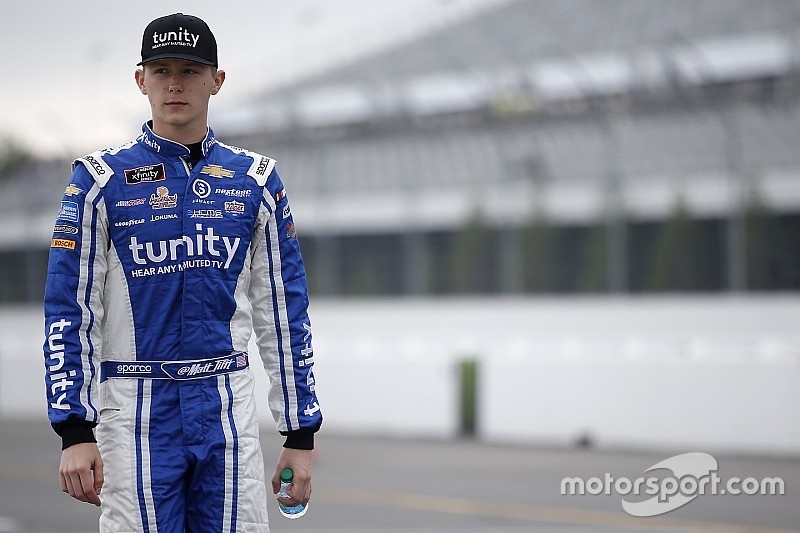 Tifft, 22, will be making his Cup Series debut behind the wheel of the No. 36 FRM Ford Mustang in February's Daytona 500. He will be one of three drivers eligible for ROTY status, joining Ryan Preece and Daniel Hemric.

He has been competing full-time in the Xfinity Series for the past two years, ending 2018 sixth in the series standings. He will join Michael McDowell and David Ragan as part of FRM's three-driver roster for 2019.

“Today is a huge moment in my career, announcing my move to the Cup series,” said Tifft in a release. “This has been a dream of mine since I was a kid, and I can’t believe it’s finally coming true.

“I’m so thankful to Front Row Motorsports for giving me the opportunity to drive the No. 36 next season. I’m looking forward to guidance from veterans Michael McDowell and David Ragan and am ready to take on the challenge of driving with 39 of the best drivers in the world.”

FRM hasn't fielded three full-time teams since the 2013 season. They have two victories as an organization -- The first with Ragan at Talladega in 2013 and the most recent with Chris Buescher at Pocono in 2016.

“We’ve made it clear in recent years that it was our intent to continue to invest in NASCAR and expand to a three-car team,” team owner Bob Jenkins said. “Not only are we here to stay, we’re here to grow.

“We already have two proven veterans in our line-up, and now we’ll get to add an impressive young talent and championship contender who will inject some new energy into the group. With the introduction of the Ford Mustang into the Cup Series, 2019 is shaping up to be an exciting season for us.”

Announcements regarding sponsorship and a crew chief will come at a later date.