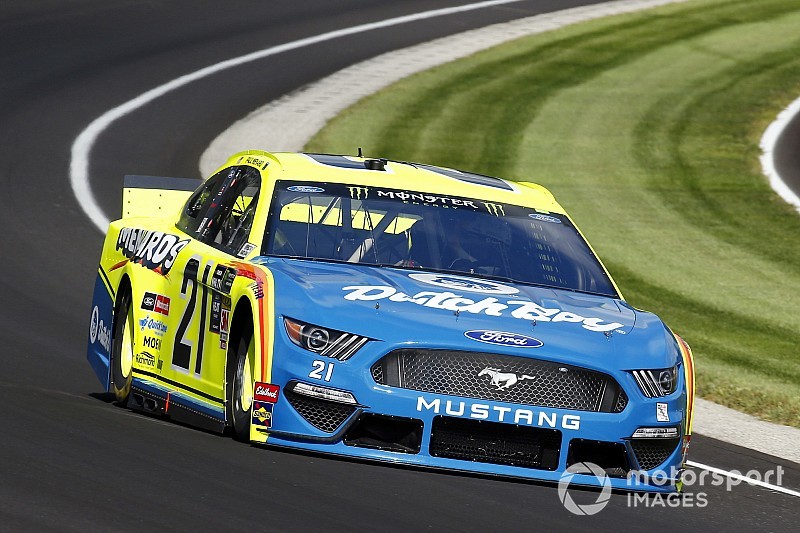 Paul Menard rocketed to the top of the leaderboard in final NASCAR Cup practice just before Denny Hamlin slammed into the wall.

Just as the final 50-minute practice session came to a close at Indianapolis Motor Speedway Saturday afternoon, Menard posted an average lap speed of 185.079 mph to jump to the top of the speed chart.

Moments later, Hamlin’s No. 11 Toyota hit the wall in Turn 4 on his cool-down lap and flames immediately began pouring out the back of his car.

It soon came to a rest on the frontstretch, engulfed in fire and smoke and Hamlin quickly exited the car. He was not hurt.

“It was big for sure. It was the last corner and I think the red flag had been out for a minute or so." said Hamlin. "We had just got into turn one when the red went out and we were going to finish our lap. It just blew a right-front. We hadn’t seen any wear issues so we might have run something over or whatever. Definitely got my attention.”

Hamlin’s team will have to go to a backup car, which means he will have to start Sunday’s Brickyard 400 from the rear of the field.

Kurt Busch ended up with the fastest average lap speed among those drivers who completed at least 10 consecutive laps (181.327 mph). Brad Keselowski and William Byron were second and third, respectively, in that category.