CORNELIUS, N.C. - Tommy Baldwin Racing (TBR) has signed driver Michael Annett and partnered with Pilot Flying J for the 2014 NASCAR Sprint Cup Series season. Annett, whose NASCAR career began at Bill Davis Racing under the tutelage of Baldwin, reunites with his mentor after five seasons of competing in the NASCAR Nationwide Series.

Baldwin will continue as the No. 7 team's crew chief next season. TBR will field a fleet of Richard Childress Racing cars and utilize Earnhardt-Childress Racing engines. 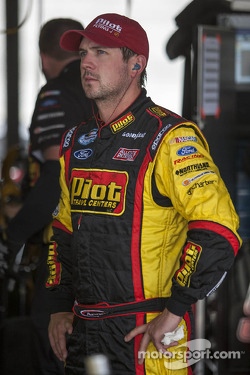 Tommy Baldwin and Michael Annett will participate in a media availability today, outside the No. 7 Tommy Baldwin Racing team hauler at 5:30 pm Eastern.

Saturday's Nationwide Series finale at Homestead-Miami Speedway marks the 163rd race for Annett in the series. He earned a fifth-place finish in the 2012 point standings.

Of his eight NASCAR Camping World Truck Series starts, Annett competed in seven under the eye of Baldwin, then a Sprint Cup Series crew chief at Bill Davis Racing. Annett finished sixth in his debut race at The Milwaukee Mile and finished a career-best second at Kentucky Speedway.

Annett has two ARCA Series victories to his credit - at Talladega Superspeedway in 2007 and Daytona International Speedway in 2008.

Tommy Baldwin, Owner, Tommy Baldwin Racing: "To have Michael on board for next year, and to have a great partner like Pilot Flying J, is big for our team. Since we went Cup racing about five years ago, we've grown and gotten better with each passing season. This is the next logical step, and I believe there's a lot of potential for Michael to come in and do good things in our racecars."

Michael Annett, Driver, No. 7 Pilot Flying J Chevrolet SS: "Driving in the Cup Series has been my goal ever since I started racing, and to start this next chapter with Tommy, who is one of the main reasons I made the move to North Carolina in the first place, makes this extra special. I'm looking forward to continuing what we started - winning two races in the ARCA Series and running well in Trucks. Pilot Flying J has been with me just as long, they have been a tremendous partner and I'm honored to represent them on the sport's biggest stage."

Laura Palenkas, Vice President of Marketing and Merchandising, Pilot Flying J: "As a long-standing and proud sponsor of Michael Annett, Pilot Flying J is thrilled that he is moving to the NASCAR Sprint Cup Series. Our partnership with Michael began more than six years ago and we have watched him grow into the successful driver he is today. We are so proud and excited to see him take the next step in his career. Daytona is just around the corner and we can't wait to watch him pull ahead this season."