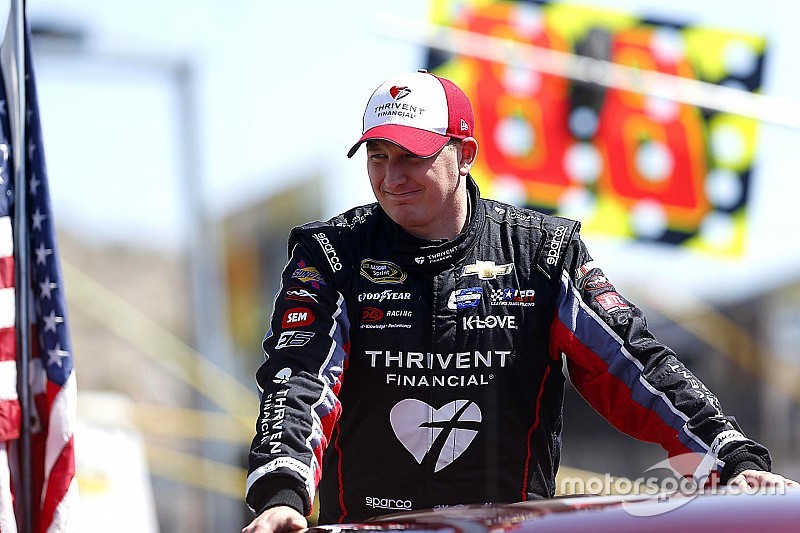 Michael McDowell will be competing in the entire 36-race Monster Energy NASCAR Cup season for the first time in his career.

McDowell has over 200 starts at the Cup level, competing in 31 of 36 races during the 2016 season and scoring two top ten finishes. But in 2017, he will be at the wheel of the No. 95 Chevrolet SS for the entirety of the year.

This is also new territory for Leavine Family Racing, making them eligible for the driver's Chase. In the races McDowell was on the sidelines last season, Ty Dillon took the reins of the No. 95, but he has moved over to Germain Racing for his first full-time MENC season.

Veteran crew chief Todd Parrott will reprise his role atop the pit box. Parrott has 31 Cup wins as a crew chief and captured the 1999 championship with Dale Jarrett.

“With both Michael and Todd returning to the team this season we are looking to maintain the consistency we found towards the end of last year and continue to push forward and build off the positive momentum,” said Jeremy Lange, Vice President of Leavine Family Racing. “We had great performances on the track last year and we’re hoping that continuing in that direction will lead to more sponsorships for the team. We do have some partner renewals that we will be announcing soon and are excited to add more.”