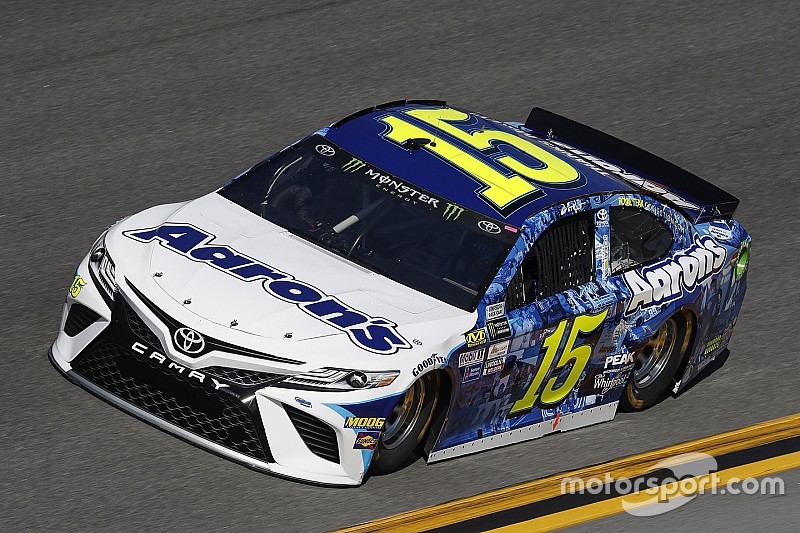 The 59th running of the Daytona 500 this weekend will mark Michael Waltrip's 30th appearance in the race and according to him, this will be his last.

Waltrip won the 500 in both 2001 and 2003 and has been competing on a part-time basis since 2010. The first question posed to the veteran driver during Media Day on Wednesday was very simply, is this truly it?

"Yes It's my 30th and final one and I just thought it was a cool place to run my last race. I've been thinking about calling it a day over the last couple years, and this just seemed like the perfect time to do it, so I'm looking forward to my opportunity to go out there and compete one last time and then sort of slow down I guess."

Why stop and why now?

Waltrip, 53, has 783 starts at the Cup level. All four of his MENCS victories have come at plate tracks with two at Daytona and two at Talladega, so it makes sense that he would end it here, but why not keep going?

"Well, when we ran last year's Daytona 500, it didn't go well. We didn't run good and I guess we got into a little bit of a fender bender and messed up the car and I finished 30th I think and I just didn't want to quit like that. I went to Talladega and we got a 12th place finish and I ran up front a little bit and then I decided we would just try to have one more competitive run down here this year. You've got to quit sometime and the partnership with Aaron's has been important to me. They could wrap their arms around us doing a final race together. They made a commercial that aired on FS1, so I'm thankful for that and a bunch of the folks that have been with me – they've been my sponsor for I think 18 years, so a bunch of the folks that work there are going to come down and celebrate our last race together, so that was kind of important to me to share it with them."

Waltrip spoke more about the decision later on, revealing that he initially planned to go quietly into the night before Aarons stepped in.

"Quite honestly, I thought a lot about running my last race and not telling anyone. Just say ‘thank y’all’ after it was over with. Aarons really wanted to help me celebrate it, made a great commercial that aired on FS1. I’m thankful that they cared, and my friends at Daytona as well."

Unfortunately, the biggest moment of Waltrip's career coincides with one of the most tragic events in NASCAR history. When asked about the day he earned his maiden win as his team owner Dale Earnhardt Sr. lost his life in the rearview mirror, Waltrip had some poignant words to offer.

"I think we have a number of days when we're born that we're going to live. Everybody has that number and that was Dale (Earnhardt's) day, and me winning was the perfect person to win because I just wanted to give him the credit. I still honor him by giving him the credit and I will say also as I get older, as you think about your day coming up, it's a pretty good day when you're watching your two cars drive off to win the Daytona 500 and then you're in Heaven right after that. Obviously, I wish I could have got a hug from him and everything had turned out different, but that's just not the way it was meant to be."

A win is a win

His second 500 victory came two years later in a rain-shortened race, so does that cheapen the triumph any? Waltrip had the perfect response to such an idea: "I know I got the trophy and the check and they didn't shorten either one of those." Waltrip went on to discuss how dominant the No. 15 team was that day and they certainly were, leading 68 of 109 completed laps.

Leaving with your head held high

As for goals for this race, Waltrip hopes to climb up the field and run in the top ten, hopefully being able to finish there. But whatever the outcome, Waltrip leaves behind quite a legacy as both a driver and an owner in NASCAR. Along with his racing resume, he founded Michael Waltrip Racing, which operated full-time from 2007 to 2015 and, winning seven races and coming just one position short of the 2012 title.

And even after the checkered flag flies on Sunday, Michael, much like his elder brother Darrell, will continue to serve the sport in front of the camera.