The Kentucky kid started racing stock cars like many drivers who wanted to make it to the big time, and in his early career he was constantly tagged as the younger brother of Darrell Waltrip. While both their paths are similar, Michael has always done it “his way”!

As he turns 50, Waltrip is a co-team owner of Michael Waltrip Racing, published author, broadcast commentator, a member of Motorsport.com’s Advisory Board, and to top it all off he still races!

The astute businessman is also famous for his unique advertisements both with NAPA and with Aaron’s; and he still climbs into the No. 55 Aaron's Dream Machine Toyota Camry for selected races. 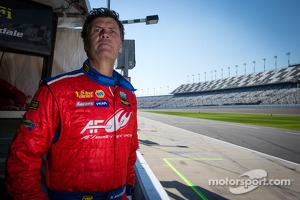 Waltrip, who joined Motorsport.com in March of 2012, has also contested the 24 Hours of Le Mans sportscar endurance challenge plus the 24 Hours of Daytona. Waltrip also climbs into one of the AF Corse Ferrari cars in the World Endurance Championship.

On top of his racing, Michael has run the Boston Marathon and both he and his older brother are actively involved in a raising money for organizations including the Sandy Hook foundation, Feed the Children program and of course the recent B-Strong program after the Boston Marathon tragedy.

The rules prevail in NASCAR

Jeff Gordon to become vice chairman at Hendrick Motorsports in 2022

Debate: No. 2 team behind Hendrick Motorsports