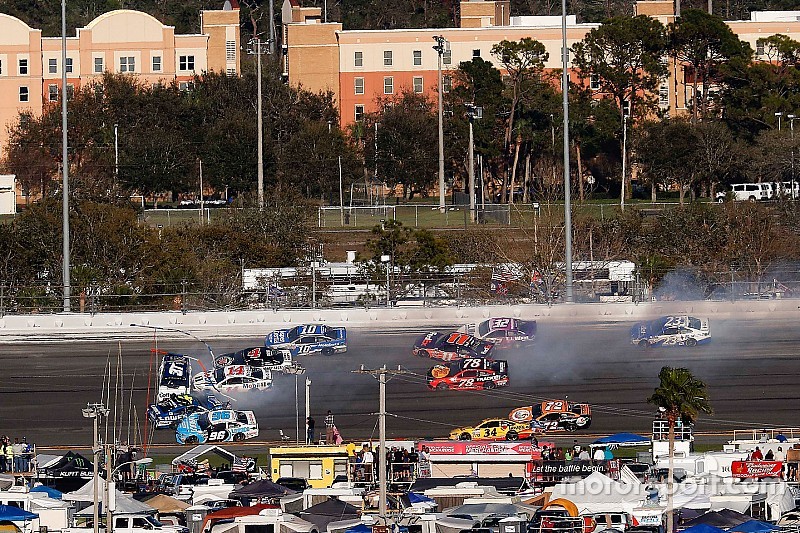 Four Canadian drivers participated in NASCAR national series races over the weekend at Daytona International Speedway with some respectable finishes.

D.J. Kennington made headlines throughout his home country after he raced his way into the 59th Daytona 500 last Thursday in the second Can-Am Dual race.

The St. Thomas, Ontario native started 28th and was running on the lead lap when he was collected in a 16-car accident that also took out the defending Monster Energy NASCAR Cup Series champion Jimmie Johnson on Lap 127. Kennington would come home 36th after the accident.

Mario Gosselin faired the best out of the group of Canadian drivers with a solid 17th-place finish in the caution-filled NASCAR Xfinity Series race on Saturday.

“We we’re actually running seventh on the white flag lap and got shuffled back on the last lap,” said Gosselin. “I guess this is the one time I can say I’m disappointed with a 17th-place finish.”

The St. Marie, Quebec native scored his best finish in the series since last August at Bristol Motor Speedway finishing on the lead lap as the race went into overtime running four extra laps due to a late caution. Gosselin has made 36 career starts in the NASCAR division.

Gosselin will attempt to field a car all season in the Xfinity Series with team co-owner Martin Roy. Gosselin and Roy are partners in King Autosport.

“We’ll have Brandon Brown in the car this weekend at Atlanta and Martin will drive in Las Vegas,” Gosselin said. “Our plan is to offer drivers opportunities to drive the car with some support.”

In Friday night’s NASCAR Camping World Truck Series race Niagara-on-the-Lake, Ontario’s Stewart Friesen only got to complete one lap in his seventh career series start before getting collected in a big Lap 1 accident that involved nearly half the field of trucks.

Amherstburg, Ontario native Terry Jones was also collected in the accident and had to officially retire from the race on Lap 4.

In addition to Gosselin and Roy fielding their entry this weekend Friesen is also entered to compete in the NASCAR Camping World Truck Series race after the NASCAR Xfinity Series race on Saturday.