There appeared to be one distinctive difference with the testing of the 2019 NASCAR Cup Series aero package Tuesday and perhaps the emergence of another. 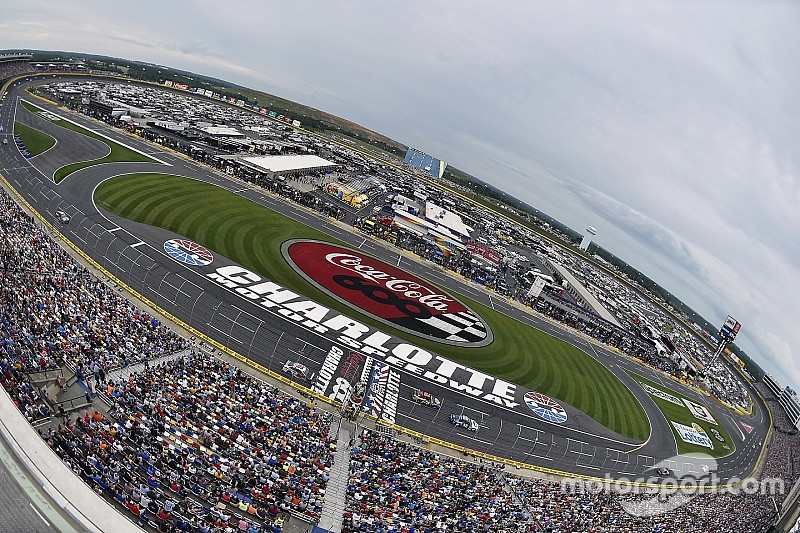 In sharp contrast to the aero rules employed during the Monster Energy NASCAR All-Star Race at Charlotte Motor Speedway in May, drivers noticed higher speeds during Tuesday’s Goodyear Tire test at the track.

Tuesday morning’s session was spent predominantly in single-car runs, but participants still seemed to be able to notice the roughly 150 horsepower increase from the package used in May.

“From watching the All-Star Race as a fan, I thought (the cars) looked slow and I expected to feel that (today) being in it for the first time on the Cup side,” said Daniel Hemric, who will drive the No. 31 in the Cup series next season for Richard Childress Racing.

“I thought I’d go ride easy wide-open but as I went to run wide-open into (Turn) 1, as you dropped on in, you knew you were still running 180 mph. The speed sensation is there with this package.

“I think they are doing good job of the horsepower and the downforce and balancing that out. I think from what my spotter said from up top, he said the cars actually look up to speed and look fast.”

“I think the All-Star package was really similar to what was used in the Xfinity car. This package is a little bit faster, maybe not a lot, but they added power,” he said.

“We were pretty easy wide-open all day (by yourself) but I think once we get in a pack here, I don’t think we’ll be anywhere close to wide open once we get rolling. There are things you can do to gain easy speed by yourself, how that will drive in a pack we don’t know yet.”

The new rules package used at Charlotte will include the use of a tapered spacer, larger front splitter, wider radiator pan and front aero ducts. The taper spacer takes the place of a restrictor-plate used in the All-Star Race.

Hemric said a better indication of the new rules’ potential should come later Tuesday when the four drivers participating in the test (William Byron and Aric Almirola were the others) planned to run together in a drafting session.

Hemric said he was looking to see how the speeds changed from the package Xfinity Series drivers used in three races this season to the planned Cup package.

“So far, it’s really close from what I can tell,” he said.

His experience from using a similar package in the Xfinity Series the last two years, leads Hemric to believe the new package may force drivers into more of a “mental game” on the track.

“As far as picking and choosing your lanes on restart, and being mentally tough not to pull out of line because you think you have a run, you may need to be more mentally tough to stay in line and do the right thing by pushing (cars in front) and keeping the momentum rolling,” he said.

“Even with the package today in single car runs, as soon as you slow down, the car just stops, so that’s what you’re going to feel when you pull out of the draft and make a move.”

Hemric said as a driver he normally gets “antsy” about wanting to pull out and make a move if he feels he has a run.

“When you do that, you can get hung out if you didn’t have the mental discipline to stay in line and instead of gaining, you could lose five, six or however many were lined up behind the guy you were trying to pass,” he said.

“You need to be mentally tough to not put yourself into that situation everywhere we go.”