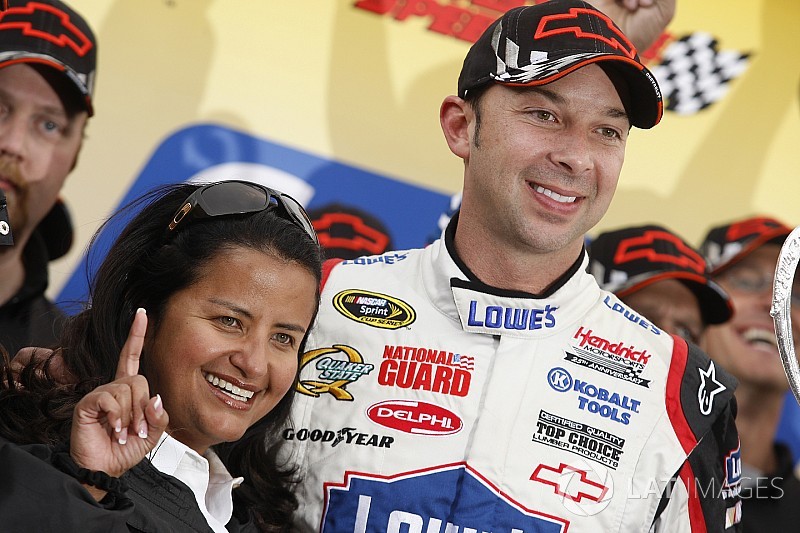 Alba Colon, who worked most recently as Chevrolet Racing’s NASCAR program manager, has been hired by Hendrick Motorsports to oversee the team’s competition group.

In a statement, HMS said Colon will join the organization later this month and report to vice president of competition, Jeff Andrews.

As director of competition systems, Colon will work to enhance capabilities that directly support at-track competition, which include simulation programs, analytics platforms, data acquisition and communication technologies, and at-track research and development.

The position was previously held by Darian Grubb, who in November was named crew chief of Hendrick Motorsports’ No. 24 Chevrolet Camaro ZL1 team with rookie driver William Byron this season.

Colon was born in Salamanca, Spain, and raised in Mayaguez, Puerto Rico. She holds an engineering degree from the University of Puerto Rico (Mayaguez), where she is an industry advisor board member for the school’s college of engineering and mechanical engineering department.

GM hired Colon in 1994 as data acquisition engineer for its Oval Track Group covering NASCAR’s three national series and the American Speed Association. She was named NHRA Pro Stock Truck program manager in 1998 and was placed in charge of all GM Racing NHRA drag racing programs in 2000.

"Alba Colon was a key contributor to Chevrolet’s racing success for over two decades, including 14 NASCAR Cup Manufacturers’ Championships as our program manager in the series. We thank Alba for all of her contributions to Chevrolet Motorsports.