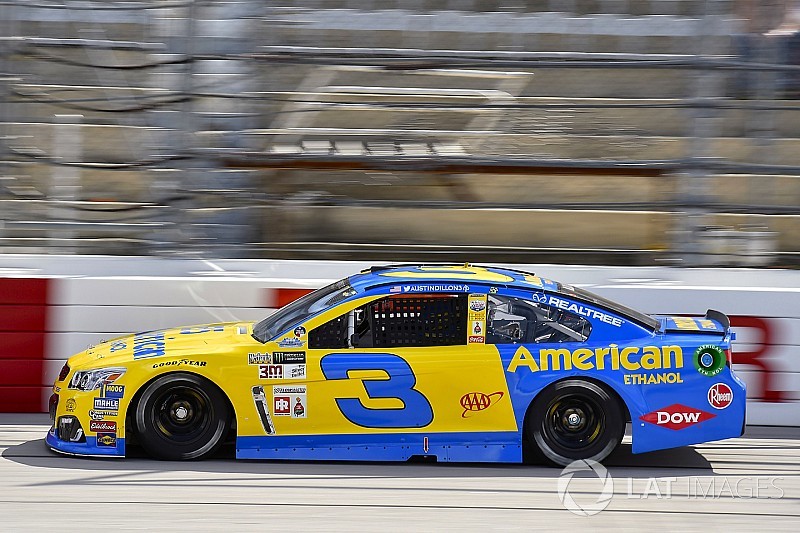 Austin Dillon has lived the highs and lows of NASCAR racing – all in this season.

Dillon earned his first Monster Energy NASCAR Cup Series victory in May on a fuel-mileage gamble in the Coca-Cola 600 at Charlotte Motor Speedway.

The win secured a spot for his No. 3 Richard Childress Racing team in the playoffs, but instead of gaining momentum, his season sputtered. He went 10 consecutive races without a top-10 finish.

But twice now in the last three weeks – including his fourth-place finish in Sunday night’s Southern 500 at Darlington (S.C.) Raceway – Dillon has finished seventh or better.

“I’m just really proud of this team for bringing out this Dale Earnhardt (throwback) scheme and making it run good like that. It means a lot to me and all the RCR guys,” Dillon said. “I’m proud to represent tonight. It was a good time, for sure.

“That long run (to end the race) was like torture; those guys were coming on (newer) tires so we had to be really smooth and it worked out for us.”

With one race remaining before the playoffs begin, the timing of a turnaround couldn’t be better.

“You can’t keep us down for too long,” Dillon said. “We were really struggling after we got our win. We’ve been struggling and down in the dumps as an organization.

“Ryan (Newman, his teammate) came here and tested and they just really put together a good test. I told them after practice (Friday), ‘Thanks guys for your work at that test.’ Sometimes you get lost in a test and can’t learn very much.

“I think they learned quite bit. Both of our cars were in the top-seven tonight. That’s pretty impressive.”

Dillon said he believes his team is hitting its stride at the right time and feels good about where RCR is positioned entering the playoffs.

“I think we timed it perfectly,” he said. “Chicago should be a good race for us. It’s my favorite track and hopefully we can continue to carry this momentum into the playoffs.”