Bowyer's playoff hopes come down to Richmond after Darlington DNF 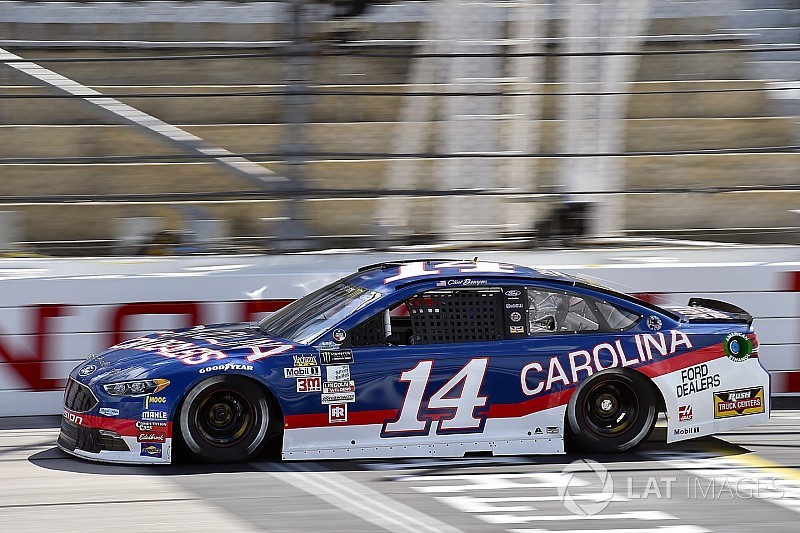 The good news? Bowyer needs a win in the regular season finale next weekend at Richmond (Va.) Raceway, but it’s a track where he’s earned two of his eight career series victories.

“You come to all these race tracks with an urgency to win, just like we did at the Daytona 500,” Bowyer said. “Richmond is a good track for us. We’ll go there and do the best we can.”

Bowyer was running a Carolina Ford Dealers paint scheme on his No. 14 Stewart-Haas Racing Ford as part of Darlington’s “Throwback” weekend but didn’t get to spend much time on the track.

Bowyer started 16th but as during the race’s second caution, his No. 14 Ford sat on pit road with smoke pouring from under the hood.

As it turned out, Bowyer’s engine had suffered a broken valve, bringing an early end to his race.

“It just blew up. It’s a pretty inopportune time to have it happen, but it’s never a good time,” Bowyer said. “Doug Yates and all the guys over at his shop do such a good of bringing us reliable, good horsepower and it was just my time.

“It was my turn and there isn’t much you can do about it.”

Sunday was the third time this season Bowyer has failed to finish a race. He has finished second three times this season but had led just 22 laps in 25 races.

Even with his precarious position in the series standings, Bowyer remained resilient.

“Obviously, the way the playoffs look right now, we’re not out of this thing. We’ve still got a good race track coming up for us,” he said. “We’ll just go there and do the best we can and put all the cards on the table over there.”

Logano admits "we have to take big steps to catch" Toyota