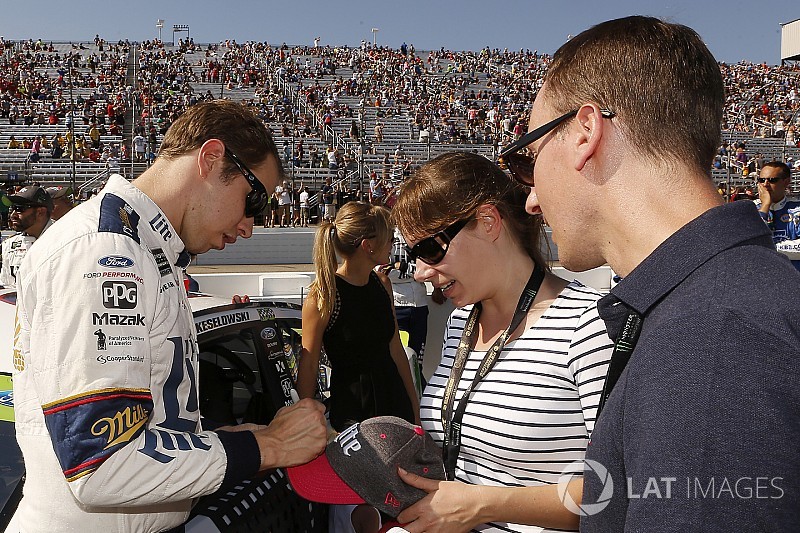 Brad Keselowski believes part of his responsibility as a Monster Energy NASCAR Cup Series driver is to help promote the sport and leave it better off for future generations.

But he’s not so certain enough of his fellow competitors feel the same way.

“I have a very good lifestyle and am very privileged. It is not lost on me. I am eating the fruits off a tree produced by generations before me – by Richard Petty, Dale Earnhardt, Cale Yarborough, Darrell Waltrip and the list goes on,” Keselowski said Wednesday during the Charlotte Motor Speedway NASCAR Media Tour.

“I am living off of what they have created in this sport that is so successful. In return for that, there is a question I think that isn’t just for me and not just for race car drivers but for all of us on what we are leaving behind for the next generation.

Not all drivers on board

The problem, Keselowski said, is that there may not be enough drivers with the same mindset to ensure the sport remains successful and viable in the future.

“There are definitely not enough on board and it is not a predominant line of thinking,” he said. “Credit to those that are actively engaged in doing it because I think it is great that they are, but I absolutely wish there were more that cared about the future generations’ opportunities in this sport.

“I think a number of them feel there is not a lot they can do. That a lot of this sport’s success and failure is out of their hands. So, I can understand that, too.”

There are, after all, very big shoes to fill when it comes to the slew of NASCAR icons that have stepped away from the sport of late, including Carl Edwards, Jeff Gordon, Tony Stewart and Matt Kenseth.

“I am trying the best I know how. Dale and Richard and all those guys left a hell of a legacy that I am not so sure any of us will be able to fulfill for the next generation. But I do feel an obligation to replant the seeds to grow the next orchard that the next generation will eat off of.”

Busch's comments cause a stir

Kyle Busch and other of the sport’s veterans have voiced their displeasure in NASCAR’s marketing efforts of young, up-and-coming drivers, in part because they didn’t see the same effort directed toward themselves when they were in the same position.

Keselowski believes NASCAR’s driver marketing programs should be based on performance.

“I have always kind of held the same belief, whether it is in this motorsports circle, marketing circle, or outside in business that we should be promoting people based on their skills. Nothing else,” he said.

“Not any of the other forms of whether it is race, diversity, age, whatever. It should always be based on skill.”