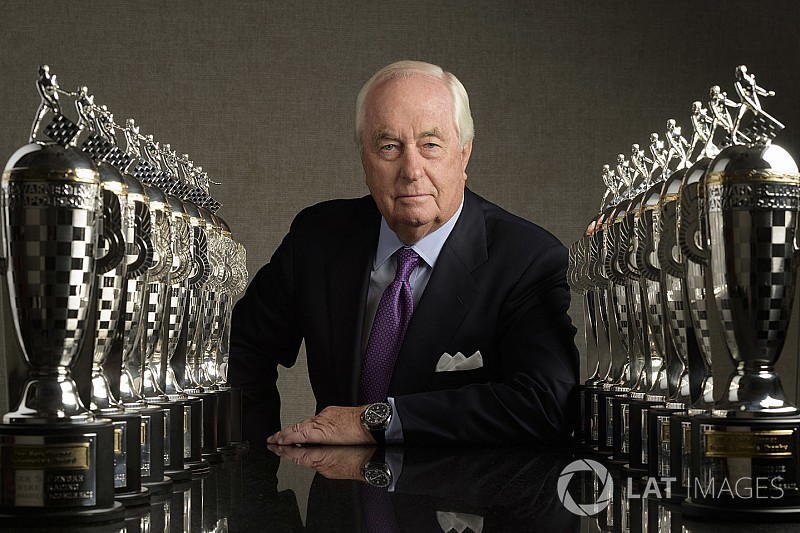 The Monster Energy NASCAR Cup Series makes its second and final stop of the season this weekend at Michigan International Speedway. MIS was one of a handful of tracks in NASCAR that Roger Penske once owned.

In addition, Team Penske has amassed 24 victories at what it considers its “home track” across six different disciplines – NASCAR Cup (eight), XFINITY (three), INDYCAR (10), ARCA (one), Trans Am (one) and USAC Stock (one)

Walt Czarnecki, executive vice president of Penske Corp. and vice chairman of Team Penske, was a former track president at MIS. We caught up with him this week to talk about that role and the importance of MIS to Team Penske.

Can you provide a recap of your tenure as MIS track president?

Czarnecki: Well, it was a very interesting one. We bought the track in 1972 and we bought it out of bankruptcy. Roger and I were partnered together in an automobile dealership here in the Detroit area. When the opportunity presented itself, he pursued it. We bought it out of bankruptcy for about $2 million, I recall. My first memories is one of the smartest things Roger did was bring Les Ritchter (former NFL star and director of operations for NASCAR) in. Les was already our partner (in the IROC Series) and we knew him from Riverside (he was a former track president). We had never run a race track before, so what do you do? Les came in and helped us. The deal closed and at our very first event, Roger, myself and Les, we were selling tickets, checking campers. That was our introduction to race track operations. NASCAR and the France family was a big help to us. Over time I think we pioneered some things at Michigan that some tracks are adapting even today to drive attendance. The track only had about 25,000 seats then. In the tenure of our ownership, those 25,000 seats became 135,000 seats. The footprint went from about 500 acres to about 1,500 acres. We grew as the sport grew.

Have Canadian fans always been an integral part of the attendance equation at Michigan?

Czarnecki: Yes, from the beginning. We tracked it over time and found roughly 20 percent of our spectators came from Canada. Remember, we’re only about 50 miles from the Canadian border and we wanted to recognize that. Speaking to the current track president, Rick Brenner, he said they still get a significant number of fans from Canada. It was something we started and continues today. I’d like to recognize and thank those fans for coming across the border.

The track being located near the base of many car manufacturers that participated in NASCAR, how important was that relationship?

Czarnecki: It goes all the way back to when we purchased the track and how we helped finance the track. American Motors had a proving ground in Wisconsin, this is when the CAFE (Corporate Average Fuel Economy) standards were just being instituted by the government, but American Motors had to do its mileage accumulation testing on the roads. They would have people drive on the highways and develop their data. So, Roger was able to put together a deal with American Motors where they agreed to use MIS for their mileage accumulation testing. They guaranteed us 340 days a year and they paid us. It gave us a revenue source as we were building the racing part of the business. Obviously, then, the manufacturer involvement at MIS was integral from the very beginning.

Team Penske has enjoyed much success at Michigan over the years. Is there a lot of pride in that?

Czarnecki: There is, indeed. It’s always special when one of our drivers wins a race there. There are no IndyCar races there anymore but we had some victories here. On the Cup side, Brad (Keselowski) has not won here, but Joey (Logano) has and having Rusty (Wallace) win here, I’ll never forget the first win he had here with us.

The Detroit area was hard hit by the recession and MIS had seen its attendance drop off over the years, do you think it can still be a successful place to entice motorsports fans?

Czarnecki: If you look at the geography, I think it’s ideally positioned, even today, to attract motorsports fans. Those that are longtime motorsports fans and those we are trying to attract. One of the things the current ownership has done is to develop the fan experience. We tried to do the same thing. We didn’t charge for parking; we didn’t charge for children 12 and under. We wanted to make it family-friendly from the beginning in order to grow our business over time. I think they are doing the right things in trying to grow the fan base while also recognizing this area was one of more hard-hit in the recession.

Here's this week's NASCAR recap of racing in the 'Rearview Mirror'