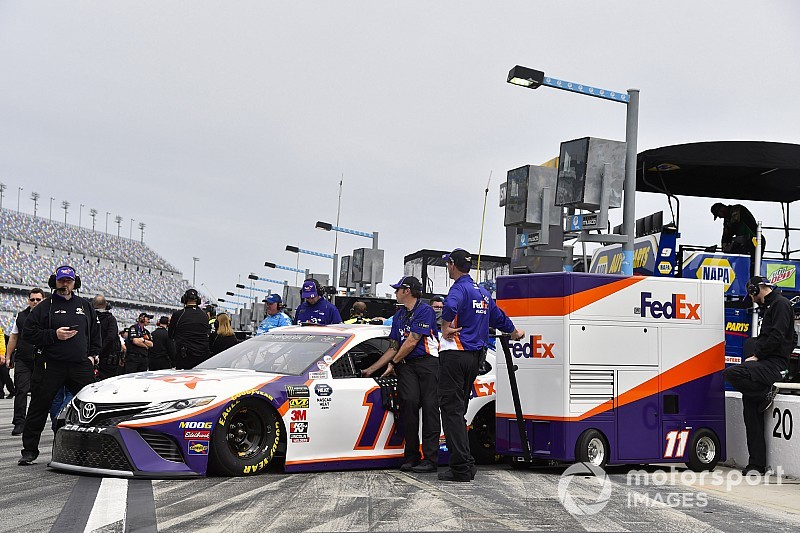 NASCAR announced some adjustments to its qualifying procedures on Monday that it hopes will be “fair” and “entertaining.”

Beginning this weekend at Texas Motor Speedway, each track with have a designated “staging area” for qualifying and once a vehicle leaves that area, it must continue directly onto the race track. The vehicle must not slow down or stop while “properly accelerating to make a qualifying attempt.”

In addition, any competitor that impedes or interferes with another competitor’s qualifying attempt, does not start a timed lap before the clock expires, or engages in an “unsafe act” while on the track will be subject to penalty.

The penalties may include but are not limited to disallowing a competitor’s posted qualifying speed and/or removing the vehicle from any additional qualifying round for the event.

For instance, if in NASCAR’s discretion a vehicle does not accelerate properly exiting pit road to impede others or slows down/stops on the track that vehicle will have all previously posted times in the qualifying session disallowed.

And if in NASCAR’s discretion a vehicle does not start a timed lap before the session clock expires (all rounds) because of excessive waiting that vehicle will have all previously posted times in the qualifying session disallowed.

“Qualifying is an important element of the race weekend, and NASCAR has worked closely with the teams to implement a procedure that is both fair from a competition perspective and entertaining for our fans,” Scott Miller, NASCAR’s senior vice president of competition said in a statement.

“Starting this weekend at Texas Motor Speedway, we will implement a procedural change that will be in effect for all three national series. We expect the updated procedure to result in a better outcome for drivers, fans and our track and broadcast partners.”

The qualifying changes come following a third round session at Auto Club Speedway two weeks ago when all of the 12 cars waited so late to make a qualifying attempt that none of them reached the timing line before five-minute clock expired.

That left none of the 12 drivers with a qualifying speed and the pole was award to Austin Dillon as he was fastest in the second round.