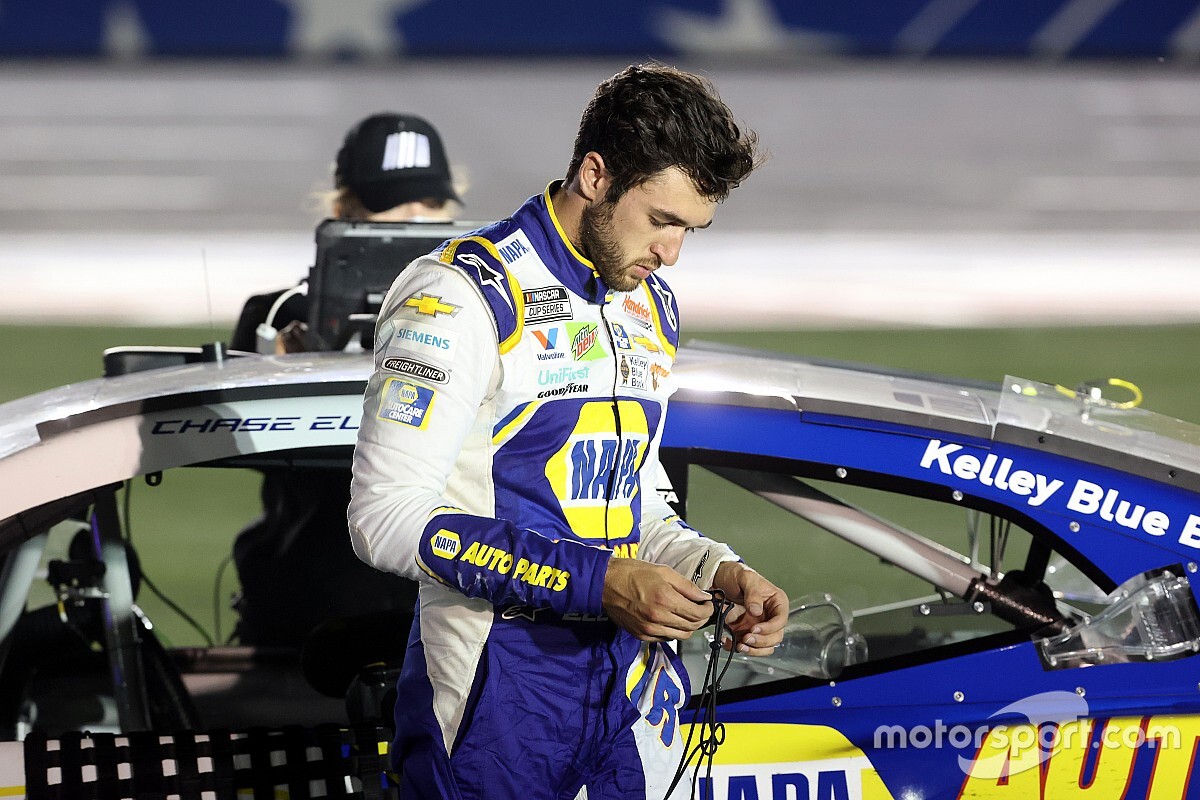 NASCAR star Chase Elliott believes the decision to pit for tires ahead of overtime in Sunday’s Coca-Cola 600 at Charlotte, which cost him the lead with two laps remaining, was inescapable as the following cars were always going to do the opposite to whatever he did.

Elliott was within touching distance of victory when the yellow flag flew for Hendrick Motorsports teammate William Byron, who blew a tire and spun. That led to an overtime finish, and the crucial decision over whether to pit for fresh tires or not for the two-lap shootout.

On fresh rubber at the restart, Elliott surged from 11th to third, and would likely have won the race if there had been another caution. But the race ran green to the finish, and Brad Keselowski won from Jimmie Johnson. The latter was then disqualified for a post-race technical infringement, giving Elliott second place.

Elliott said the decision, called by crew chief Alan Gustafson, was effectively doomed as the pack of cars behind him would only have pitted if he’d stayed out to retain his lead, leaving him a sitting duck out front on old tires.

“You just make the best decision you can based on the information you have,” said Elliott. “When you are leading the race like that, people behind you are going to do the exact opposite of what you do.

“That was the situation we were put in. Al [Gustafson] made the decision, we stuck with it, and it didn't work out.”

The incident came just days after Elliott was wrecked from second place in the second Cup Series race at Darlington by Kyle Busch. He gets another shot at redemption this Wednesday, when NASCAR runs a shorter Cup race at Charlotte.

“Just try again,” he said of his approach to the upcoming race. “That's all you can do. I mean, there is really no other option. I can't rewind time. There's no other choice.

“This week's been pretty unfortunate. We've had some tough losses in my career, for however many years I've been doing this, five, six years, unfortunately. It is what it is.”

Elliott said that Sunday night’s ending felt “a little different, for sure” from the midweek event. When asked to elaborate, he replied: “We were a lap and a half away from winning the Coca-Cola 600.”

After the race, Kyle Busch was the first driver to commiserate with Elliott, briefly ignoring NASCAR’s social distancing rules to put him arm around him.

When asked what Busch had said to him, Elliott replied: “He just felt bad for us.”