Despite playoff win, Chase Elliott says "the pressure is on" at Kansas 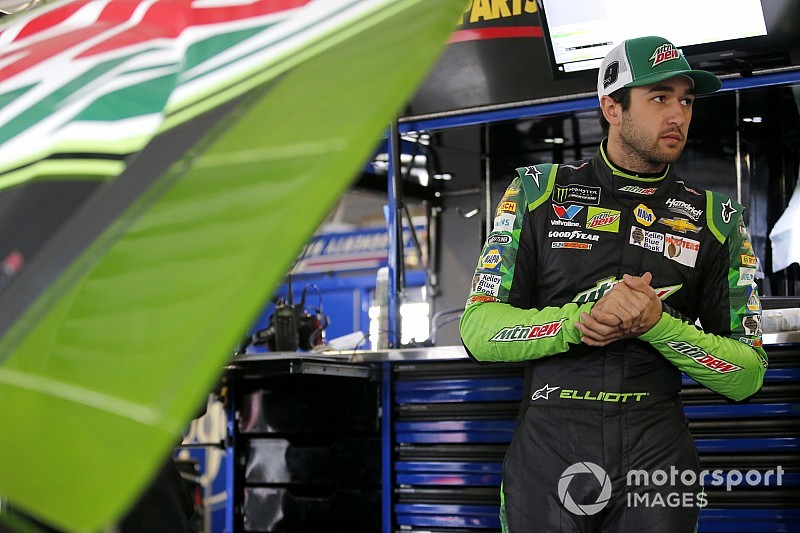 You might think Chase Elliott is sitting pretty with a spot already locked in the Round of 8 playoffs in the NASCAR Cup Series.

You would be wrong.

Yes, Elliott is assured a berth in the next playoff round regardless of his performance in Sunday’s race at Kansas Speedway, but it’s that performance that has him concerned.

The reason? Of the last four races in the season, two – including the championship finale – are contested on 1.5-mile tracks very similar to Kansas.

If a team hopes to advance to the Championship 4 – or win the title – good performances on those tracks are almost a necessity.

Elliott’s performance in qualifying Friday at Kansas – and the performance of Chevys in general – raised some alarms.

“To me, this is a test this weekend as to how you are going to be. We race a few more 1.5 miles throughout the rest of the season, so if you struggle here this weekend, you probably got your work cut out for you throughout this next round,” said Elliott, who qualified 13th.

We need to capitalize. Obviously, still at a major deficit to those guys as far as wins and their bonus points. I think the pressure is on and we need to treat it as if it’s any other weekend to try and grab a win this week.

Elliott was actually fifth-fastest in Friday’s lone practice session but qualifying was run in the evening, under cooler temperatures. Cooler temperatures look like they will still be around for Sunday’s race as well.

“The speed was pretty good (Friday) afternoon. I was looking forward to getting going, just couldn’t produce a whole lot of lap time there for whatever reason, me or whatever it was,” he said.

“Trying to figure out why and get our car driving good for Sunday. Obviously, that is the most important thing, but you need to be able to go fast when it comes time.”

Elliott has had mixed success at Kansas. In five starts, he has two top-10 finishes. He finished 12th in the spring race and fourth in this race one year ago.

In Saturday’s first practice, Elliott ran a total of 28 laps and ended up with the 22nd-fastest average lap speed.

Asked after qualifying what he and his No. 9 Hendrick Motorsports team needed to work on Saturday, Elliott said, “Everything. If you can’t do everything you are not going to win. That is just the way it goes.

“Nowadays you have to be good everywhere. There is no giving up in an area to be good somewhere else. That is just kind of the way it is.

“We will try to be as close to perfect as we can for Sunday.”