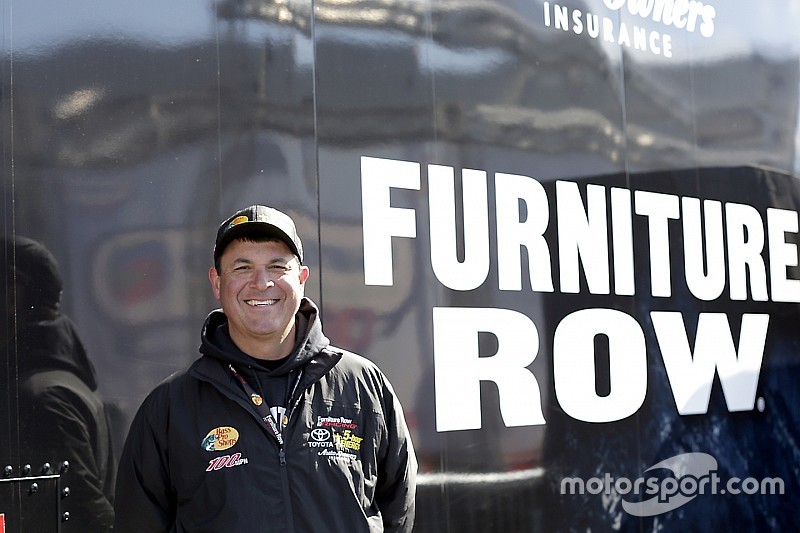 This week, Motorsport.com caught up with veteran spotter Clayton Hughes, who helped lead Martin Truex Jr. to his first win of the season two weeks ago at Auto Club Speedway and was part of the Monster Energy NASCAR Cup Series championship last season for Truex and Furniture Row Racing.

How was your weekend at Auto Club Speedway and where there any issues during the race?

It was a really good weekend for the whole team. For me, spotting it was one of my easier weekends as we led a lot of laps, but it was very tense towards the end. When you have a lead like we did you worry about a caution coming out and having to make a pit stop or have a restart, but it all worked out the way we wanted it to. It was a great day.

How long have you been spotting for Martin Truex Jr. and how did you guys start working together?

I’ve been spotting for Martin since he came here. I’ve been with Furniture Row Racing since it started. I’ve spotted for every driver we’ve had on the team except for Kurt Busch. Then I just helped with his appearances and things since I was the only team employee based on the East Coast at that time.

Do you spot for anyone else besides Truex?

I spot for Spencer Gallagher in the NASCAR Xfinity Series.

Just making sure to not say anything wrong to your driver during the race. You want to give the driver as much information as you can as fast as you can but also make sure it’s accurate. You have to paint the landscape for the driver. Like here at Martinsville, you have to make sure to let your driver know when a driver is coming, etc.

How do you try and help your driver during the race? (Do you tell jokes during cautions, talk about something off the wall to help calm them down when they need it, etc.?, What is it they like to hear from you?)

We joke back and forth some but not much, this is a serious deal. I keep it as much about what we need to be doing. Martin is the most focused driver I’ve ever worked with and he doesn’t need much pumping up to get the job done. We’re in a serious business with sponsors who want to see us perform on the track.

What’s the most rewarding part of your job for you?

The most rewarding part of it is when we win. I love seeing all the hard work paying off for the entire team. I also work in NC and handle almost every part and piece of the car I touch. We have a truck that comes from Denver and we have metal crates that haul all of our race car parts. We get the last five feet of the truck and the rest has furniture in it. They will deliver furniture, and then they will load up fabric and car parts back to Denver.

I used to be in law enforcement and I got into racing and love it. I’ve been working with the team since its inception and enjoying helping out from N.C. and working with Martin and all the guys on the team.