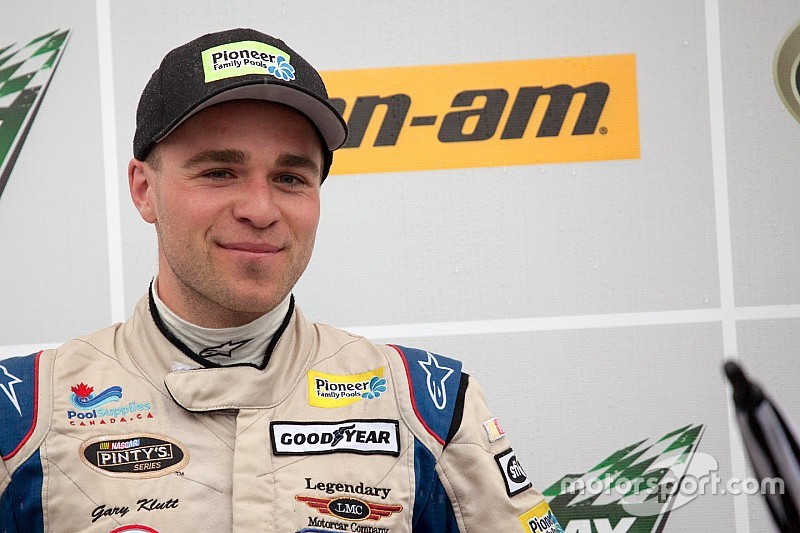 NASCAR Next graduate joins DJ Kennington as the second driver from NASCAR Pinty’s Series to make a Cup start this season. He’s already made a NASCAR truck start last year in Canada.

Klutt, from Halton Hills, Ontario will partner with Premium Motorsports to drive the No. 15 Color Compass Chevrolet in the I Love New York 355 on August 6th at Watkins Glen International.

Klutt has competed in the NASCAR Pinty’s Series since 2010 and has one win to his credit in the series at CTMP in 2015.

After tasting a win on a road course, Klutt knew he wanted to work towards making a start one day in NASCAR’s top racing division.

“Ever since 2015 when we won our first NASCAR Pinty’s Series race I had the goal to one day compete in the Cup Series at Watkins Glen (International),” said Klutt. "This is an incredible opportunity I have to thank Jay Robinson and everyone at Premium Motorsports for it. I am excited to work with Mark Hillman as my crew chief for the race, I have heard nothing but good things.”

Klutt recently scored a top-five and top-10 finish in the Velocity Prairie Thunder Twin 100s Wednesday at Wyant Group Raceway in Saskatoon, Sask., and will be ready for his first attempt in the cup series.

“Obviously, this is a huge step for me, having only made one National series start, and I’m under no illusions, it’s going to be tough,” said Klutt. “I think if we can run a clean race and work a good strategy we’ll do just fine.”

Klutt, who was a part of the 2016 NASCAR Next class of drivers, is one of the co-stars of the reality television show "Legendary Motorcar" along with his father and team owner Peter Klutt in Canada.

In addition to making his first NASCAR Cup start, the 24-year-old driver will also make his debut in the NASCAR K&N Pro Series East on Friday prior to the Cup race at WGI driver a car for Calabrese Motorsports.

“This is going to be such a fun weekend getting to run two races at such a world class track,” he added. “I can’t wait!”

NASCAR Roundtable: Why was the Brickyard 400 so chaotic?